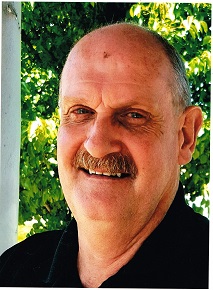 Vernon Wall’s dedication and commitment to community theatre over the past 45 years has been unwavering and his efforts to the benefit and betterment of both theatre groups and local artistic communities.

After graduating from Ballarat Teachers College in 1973, Vernon worked at schools around the state, often quite small and often in quite regional areas. As a performing arts teacher and later Principal, he has shared his passion for music and drama with students from prep to tertiary level, introducing and building performing arts programs.

In 1993 Vernon moved to Bendigo where his career in community theatre flourished. He worked with the Bendigo Theatre Company for over 15 years in numerous production and committee roles including President, Vice-President and Treasurer, and in recognition of his efforts was made a Life Member of the company in 2010.

Vernon has been a tireless and proactive leader in the development of community arts in Bendigo, engaging schools, and building close working relationships between schools and community theatre companies, providing access to theatre company’s staff, costumes and set constructions facilities, lifting the quality of school performances and providing access to resources beyond the capacity of each school.

Vernon has been nominated for several musical theatre awards and directed the Music Theatre Guild Awards in 2017.