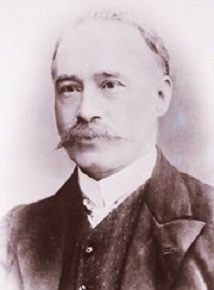 Henry Sutton is considered one of Australia’s greatest inventors and innovators. He was at the forefront of some of the world’s greatest inventions – the telephone, the light globe, television and wireless telegraphy. At age 14 became the first documented Australian to experiment with the principles of flight. Decades later he designed and built Australia’s first cars, and the world’s first documented front wheel drive vehicle.

Sutton first achieved world-wide acclaim for his invention of the storage battery, a device displayed at the 1882 Crystal Palace Electrical Exhibition in London, and praised by Thomas Edison as the greatest battery in the world. He returned to Australia and took up the position of the lecturer-in-charge of the new Electricity and Magnetism department at Ballarat School of Mines (SMB) where he developed a telephonic circuit that was ‘laid down between the SMB engine-house and workshops, to be used for experimental purposes.’

Sutton’s multitude of other achievements include designing and building an ornithopter (helicopter) in 1870; being awarded a Silver medal for design and 30 other prizes at the Ballarat School of Design; designing and building a torpedo; writing two papers on artificial flight published in the Annual Report of the Aeronautical Society of Great Britain; designing and helping build Australia’s first hydraulic elevator lift; and co-founding the Royal Automobile Club of Victoria (RACV) in 1903.

Henry died in 1912 but is still known and revered for his profound effect on modern day science, technology and engineering.