2020 Aboriginal and Torres Strait Islander Alumna of the Year - Gippsland 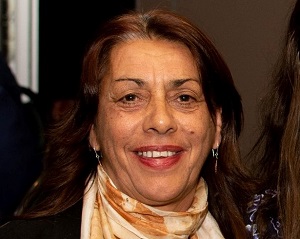 Christine Johnson is a proud Gunaikurnai woman with strong family and community ties to Gippsland and East Gippsland.  Her passion for community engagement and broad knowledge of Aboriginal heritage and culture have proved successful conduits for engagement and collaborative working.

Christine graduated with a Diploma of Education (Primary) from Monash University, Gippsland in 1992. She has worked in preschool and primary school environments; as a Field Officer and Health Worker at the Central Gippsland Aboriginal Co-op Morwell; a tutor in the Aboriginal Studies Program at Monash University Gippsland; as a Home Care Worker with the Latrobe City Council, Morwell; and as a teacher at Central Gippsland Institute of TAFE Yallourn/Morwell Koorie department.

Since 2013 Christine has worked as an Education Engagement Worker with The Smith Family, a national education charity helping disadvantaged Australian children to get the most out of their education, so they can create better futures for themselves. This includes a commitment to delivering strong outcomes for Aboriginal and Torres Strait Islander students.

In her role at the Smith Family, Christine has worked on the Aboriginal Parent and Community Engagement (PaCE) project, funded by the Federal Government’s Indigenous Advancement Strategy (IAS), with the local community and in partnership with Kurnai Secondary College.

The program involves transitioning Aboriginal and Torres Strait Islander students from primary to secondary and from mid-secondary to senior secondary, supporting parents in participating in educational support workshops, and improving Aboriginal and Torres Strait Islander student attendance and reconnecting these students back into school. Originally was planned to be a six-month pilot program.  PaCE has been so successful in the Morwell and Churchill areas that it has now been running for almost seven years. Christine’s work with the families and the community has been key to the program’s success and expansion.

Christine’s commitment to education and her support of Indigenous families to remain engaged around their children's education has achieved positive outcomes for families and the wider community.