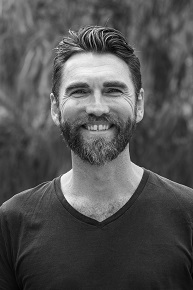 Tim is a passionate philanthropist who works closely with community and global influencers to drive conversation and action. He started the Unite Project to fight youth homelessness, founded the Run Australia events, initiated a campaign to raise funds and awareness of youth mental health with Beyond Blue, and has had a personal role in providing thousands of children overseas with access to education, facilities and resources through his work as General Manager of the Cotton On Foundation.

Under his leadership The Cotton On Foundation has become one of the most successful and unique philanthropic organisations globally. Their aim is to empower youth through quality education and deliver projects based on the UN’s Sustainable Development Goals. Tim heads their mission to establish 20,000 educational places globally by 2020. To date they support over 11,000 children in schools across Southern Uganda, Thailand and South Africa and have raised over AU $70 million.

In 2007, Tim formed a partnership with Mannya Village in Uganda which lead to the official registration of the Cotton on Foundation as a charity organisation. In 2013 he personally met with Ugandan President Museveni and his cabinet in Uganda. There, the President agreed to support ongoing efforts of the Ugandan Cotton on Foundation, a non-profit organisation. This was a major boost for the long-term sustainability of projects in remote areas of Uganda.

Later that year Tim spoke to over 60,000 attendees and 22 million viewers of the Global Citizen Festival in New York City.