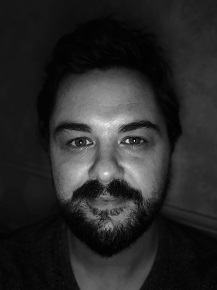 Benjamin Cole is an international award-winning designer creating cutting-edge apparel and graphic designs. His diverse skill set has seen him work across Europe, Australia and Asia since graduating with a Bachelor of Visual Arts in 2004.

In 2012 Ben returned to Australia to work with 2XU as Senior Apparel Designer/Graphic Designer where his designs for the Australian and New Zealand Paralympic teams were showcased in Olympic Games opening and closing ceremonies and medal presentations by hundreds of athletes at London, Sochi and Rio.

In 2015 Ben joined Puma in Germany, working as a Senior Graphic Designer with international Formula 1 organisations including Ferrari and Mercedes. He is now a Design Director at Xtep, one of China’s largest sporting apparel manufacturers.

A commitment to finer detail, intricate industry knowledge within both design and manufacturing, and a passion for exciting, new design concepts have enabled Ben to use skills earned at FedUni and successfully apply them to the international design world.

His work has received worldwide accolades including a FESPA Silver Award Hamburg in 2017.