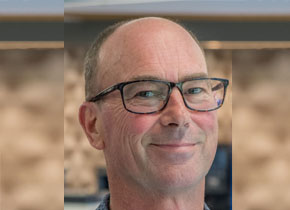 o be complemented by a dedicated 24-hour national telephone suicide service, according to new research.

But of the 884,000 calls to Lifeline in 2014 only 735,000 were answered, according to Dr Watson’s research. Publicly available data indicates that more than half the calls to Lifeline will take more than 90 seconds to answer, which could put some suicidal callers in critical danger.

“Australians perceive this service to be a suicide prevention line but will this vital crisis service be available for those with an urgent need, such as imminent suicide? Lifeline counsellors can work diligently and patiently to talk a suicidal person down and guide her or him to reassess their circumstances and abandon their suicide plan. But due to the massive number of calls taken by this national service each year, the vast majority not involving imminent suicide, calls can go unanswered and waiting times to reach a counsellor are publicly unclear or even misleading. This means there is a vital gap in our suicide prevention services, at a point where it may be a caller’s last hope", Dr Watson said.

Dr Watson and Jessica Ann Spiteri’s research paper, Lifeline Caller Response Times and Suicide Prevention, is published in the latest edition of the Australian and New Zealand Journal of Psychiatry.