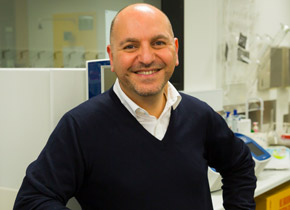 A new study led by biomedical researchers at Federation University Australia has discovered unique portions of genetic material known as long non-coding RNAs on the Y chromosome that could contribute to the onset of heart disease in men.

The world-first study found a novel non-coding RNA within the male Y chromosome named Inc-KDM5D-4, and investigated its role in fat production in the liver.

Long-coding RNAs are genes previously thought of as junk since they did not code for proteins. They are now known to be responsible for activating many critical biological responses. When they do not function properly, they can cause diseases and disorders in humans.

Researchers found changes in the level of KDM5D-4 led to increased lipid droplets that lead to the inflammatory process that underpin diseases within arteries in men.

The new FedUni study builds on previous research that concluded the Y chromosome could be a blueprint in determining men’s health beyond its traditionally perceived role in determination of sex.

Now FedUni researchers believe that genetic mutations on the Y chromosome can put males at an increased risk of coronary heart disease.

According to the Australian Heart Foundation, coronary heart disease affects 1.2 million Australians and is the single leading cause of death in the country.

Professor Charchar said carrying a particular type of Y chromosome can make a vital difference to many important biological functions, including a person’s health.

“It is becoming increasingly clear that the biological functions of the Y chromosome transcend the male fertility and reproduction. Our study is the first of its kind to unravel the role the Y chromosome plays in the critical orchestration of complex biological processes in men,” Professor Charchar said.

“By better understanding the Y chromosome – one of the smallest human chromosome in the human body - we can identify men who are susceptible to cardiovascular diseases and begin early intervention.

“This study funded by the National Health and Medical Research Council paves the way for further research and the potential to develop new and targeted gene therapies, not only for men but both sexes.”