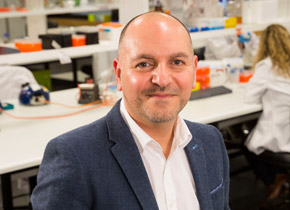 Federation University Australia is part of an international team of scientists that have discovered kidney genes responsible for high blood pressure, paving the way for new opportunities to treat the disease.

The findings were published today in Nature Genetics, one of the world’s leading journals on genetic research.

The research sheds new light on the understanding of genetic predisposition to high blood pressure.

About 84 per cent of these genes had never before been associated with high blood pressure and some can be targeted by existing medicines.

The findings open the door for new treatment opportunities for high blood pressure, which is one of the most common human diseases and is the primary risk factor for strokes and heart attacks.

High blood pressure, known as hypertension, runs in families but the exact mechanisms through which genes influence individuals’ predisposition to the condition is not clear.

The study was funded primarily by the British Heart Foundation, Kidney Research UK and National Health and Medical Research Council of Australia.

It was made possible through access to huge datasets of human DNA and RNA – essential molecules in the coding, decoding, regulation and expression of genes – of one of the world’s largest repository of human kidney tissue.

The team led by Professor Maciej Tomaszewski at the University of Manchester characterised how information inherited in DNA translates into genetic predisposition to high blood pressure through changes in activity of certain kidney genes.

The team led by Professor Charchar at Federation University studied the epigenetics factors - changes to DNA caused by the environment.

“Our studies filled an important gap in our knowledge through uncovering new genetic variants, kidney genes, molecular mechanisms and biological pathways of key relevance to genetic regulation of blood pressure and inherited susceptibility to hypertension.”

“This will be a treasure trove for new medicines for high blood pressure.”

“Hypertension is a key driver of coronary heart disease and stroke and the single most important cause of disability and premature death worldwide. Yet, our understanding of the role of genes in development of this condition has been incomplete.”