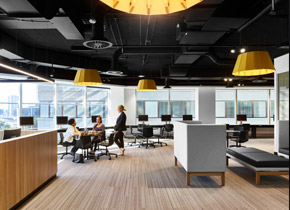 Dr Harman attended the Asia Pacific Cities Summit (2017APCS) and Mayors’ Forum in Daejeon, South Korea. With a thriving hi-tech and research development precinct the city has a number of opportunities in education and training.

The Summit was followed by the Lord Mayoral Business Mission to China, visiting Beijing, Chengdu, Chongqing and Shenzhen where Ms Elibank Murray met with Chinese representatives.

“It was a privilege to travel with the Lord Mayoral delegation and be involved in the celebration of the 25th anniversary of the Brisbane-Shenzhen sister city relationship,” Ms Elibank Murray said.

“FedUni has a number of relationships in China including strong links with Shenzhen.”

Located at 333 Ann Street, Brisbane, the new Brisbane Campus will initially offer three Masters and a Bachelors program. Operating on a trimester model, the first students will be welcomed in Semester One, 2018.