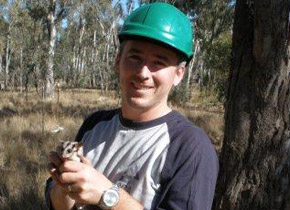 The researchers’ work is included in the July issue of the leading international journal in the discipline of conservation biology, Biological Conservation, where there are three synthetic reviews on small natural features and nine case studies.

For each of the case studies, the authors explore three fundamental questions: Why are some small natural features far more important for maintaining biodiversity or providing ecosystem services than their size would indicate? What are the management challenges facing these features and what are some innovative approaches to conserving them?

Ecologists and conservationists have long recognised that keystone species have major ecological importance disproportionate to their abundance or size, e.g. mistletoes and cassowaries.

Similarly across landscapes, the keystone concept of disproportionate importance extends to other ecological elements, such as salt marshes in estuaries and fire.

“These small natural features are often overlooked, relatively vulnerable yet environmentally mighty in their ecosystem.”

They also are at the opposite end of the spatial scale from the Earth’s large conservation superstars — the Great Barrier Reef, the Serengeti, the Amazon and Yellowstone.

Sometimes they can provide resources that limit key populations or processes that influence a much larger area. Sometimes they support unusual diversity, abundance or productivity.

They also are small enough to efficiently maintain or restore, while traditional land-use activities continue in close proximity, such as forestry, fishing and grazing.

“The importance of some of these small natural features, such as riparian zones, has long been recognised,” Dr Palmer said.

“In other cases, our recognition of their role is just emerging, such as caves that harbor large bat colonies known to effect widespread control of insect pests.

“We are also learning much more about the ecological significance of ephemeral features like temporary streams and pools that are dry much of the time but ‘blossom’ during limited periods.”

“Ultimately, conservation of SNFs should be complementary to traditional forms of conservation by developing creative, constructive efforts that address previously unknown or underappreciated roles of some seemingly minor features — roles that may be critical in the function of their broader ecosystems and the fate of biodiversity,” the researchers write.

For example, trees large enough to harbor hollows and deep cracks in their bark provide a microhabitat for many species that cannot live on smaller trees.

The size of these natural features provide novel opportunities to conserve them. While small natural features are often underappreciated, undocumented, vulnerable to degradation and risk of destruction, they also can involve small-scale, cost-effective protection and be easier to restore.

“Small natural features are an example of what can be termed The Frodo Effect,” Malcolm Hunter, University of Maine Professor of Wildlife Resources, said.

“In the Lord of the Rings, the small and unassuming hobbit Frodo has more strength than any of his larger peers and saves Middle Earth with his brave actions. Gandalf and the rest of the fellowship of the ring go to great ends to protect him, because they know this.”