FedUni students off to Indigenous Games 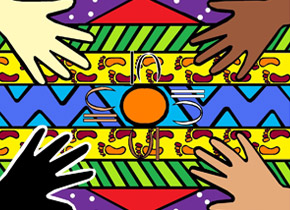 The multi-sport event will be hosted at Deakin University in Geelong between 25 and 29 June.

“It’s good to see a showcase of students, not just sporting achievements, but also we can get feedback from each other on how we’re doing our study, and life and this and that,” Samuel said.

“It’s a bit like a big corroboree, but we play sport at the same time.”

Around 30 students attended the first games as class project by Aboriginal studies students at the University of Newcastle.

Celebrating Aboriginal and Torres Strait Island culture is one of the main objectives of the games as well as promoting unity, positive role models, communication networks, health, fitness and wellbeing.

The students are proud to be representing Federation University Australia and praised the institution as a great place to study where their indigenous culture is celebrated.

While the students are looking forward to participating in the games, the FedUni contingent clearly have their eyes on the ultimate prize.

“It’ll be great to represent the Aboriginal community and where you came from, to take the trophy back home,” Ronald said.