CSA brings together expertise from across Federation University and partner organisations to deliver smart specialisation and foster innovative partnerships.

CSA has two centre directors as well as leadership teams for each of its research streams. 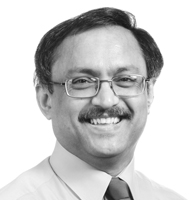 Professor Joarder Kamruzzaman is an internationally recognised computer scientist specialising in sensor networks, Internet of Things, machine learning and cybersecurity. Combining expertise in these areas, his endeavour is to develop smart and secured technologies that benefit society.

During 2008-2014, Professor Kamruzzaman served as the Director of the Centre for Multimedia Computing, Communications and Artificial Intelligence Research hosted first by Monash University and later by Federation University, and as the Co-Director of Research at Monash University’s Gippsland campus (2009-10).

Professor Kamruzzaman has published over 290 articles in top-tier journals and conferences in his field. He is the recipient of the Best Paper award in four international conferences: International Conference on Information and Communications Security 2015, Singapore; Asia-Pacific Conference on Communications 2014, Thailand; Institute of Electrical and Electronics Engineers (IEEE) Wireless Communications and Networking Conference 2010, Sydney; and in the IEEE International Conference on Neural Networks and Signal Processing, Nanjing China. He was also awarded his school’s Researcher of the Year Award twice (2016, 2022) and Graduate Research School Award for Excellence in Graduate Research Supervision (2019) at Federation University.

Professor Kamruzzaman has received over $2.6 million competitive research funding, including highly prestigious Australian Research Council grant, large Collaborative Research Centre grant and many industry/government-funded grants. He was the founding Program Co-Chair of the IEEE International Conference on Dependability in Sensor, Cloud, and Big Data Systems and Applications and has served in a leadership capacity for many conferences. Since 2012, he has been an Editor at the Elsevier Journal of Network and Computer Applications and has guest-edited several special issues in reputed international journals. 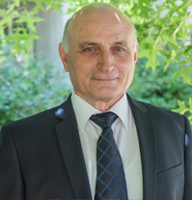 Professor Baghirov’s main research interests are in the area of non-smooth and global optimisation and their applications in data mining, regression analysis and water management.

Professor Baghirov has published two books on non-smooth optimisation and its applications, and more than 150 research papers. Professor Baghirov has won five Australian Research Council Discovery and Linkage grants to conduct research in non-smooth and global optimisation and their applications. He has had research projects with several industry partners including Woodside Energy and GWMWater, which delivered tens-of-millions of dollars in benefit to industry.

In 2022, Professor Baghirov was appointed to the Australian Research Council’s College of Experts, where he plays a key role in identifying and contributing to research excellence in Australia.

CSA’s research team is made up of the leadership and members of its five research streams.

For queries about CSA’s research, or to discuss collaborating or researching with us, get in touch with the Centre Directors via the Contact page.