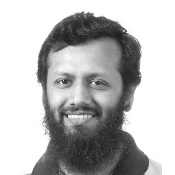 Mortuza Ali received the B. Sc. Eng. degree in computer science and engineering from Bangladesh University of Engineering and Technology, Bangladesh, in 2001 and obtained his Ph.D. degree in Information Technology from Monash University, Australia, in 2009. Before joining the Institute of Innovation, Science and Sustainability, Federation University Australia, he worked as a Research Fellow in the Department of Electrical and Electronic Engineering, University of Melbourne from 2009-2011. His research interest includes Information and Coding Theory, Multimedia Signal Processing, and Electronic Voting. His works have been published in reputed international journals and conferences.