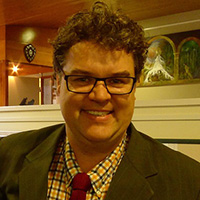 Keir has been a past chair of the University Professoriate, and he is particularly interested in enhancing the postgraduate research experience, and also mentoring early career researchers. Keenly interested in themes of regionalism and rurality, he works closely with the FRRC Horsham Research Hub based at the Wimmera Campus and the Ararat Jobs and Technology Precinct initiative.

Keir is currently an editorial board member of the Journal of Cultural Heritage Management and Sustainable Development and the Journal of Heritage Tourism. Keir has been a APDI or Chief Investigator on seven Australian Research Council (ARC) funded projects. He was also an ARC funded PhD student on the Mount Alexander Diggings project.

Keir's current research concentrates on cultural heritage, Australian history, history and memory and research that considers the intersection of history, heritage and travel in Asia, Australia and the Pacific.

He is also committed to exploring how these trajectories can be applied to regional development policy to ensure viable communities in regional settings particularly in central Victoria. He is currently involved in a major Australian Research Council project that interrogates Australian war and memory. He is also interested in history, heritage in Asia and the Pacific.

Keir is a collaborative researcher by nature and works closely with Australian and international colleagues in a number of research areas particularly in Australia, Europe, Mainland South East Asia and Melanesia.

Kathryn Avery – “Peril in the near north: Australian responses to the Japanese threat during the 1930s”

Jennifer Barrera – “The Millers: portrait of an Australian colonial family”

Graham Hannaford – “Settlers, Aborigines and the land of the limestone plains in early Colonial Australia”

Alan Just - "Discovering Smeaton. People, trade and finance: a study of imperialism and its heritage

Michael Taffe – “Landscape, memory and identity: the Ballarat Avenue of Honour and the politics of heritage” – principal supervisor

Amy Tsilemanis – “Creative activation of the past through the arts”

Howard, L and Reeves, K. Looking back as well as forward: A Short History of Ballarat Community Health, BCH Publishing, 2017.

Wilson, J Z. and Reeves, K.  in What Is Public History Globally?: Working with the Past in the Present Bloomsbury, 2018.

Reeves, K., “Sites of Memory” in Sutcliffe, A., Maerker, A. A., and Sleight, S., The Past in the Present: History, Memory and Public Life, Abingdon: Routledge Abingdon 2017.

Reeves, K. “Sites of memory” in Sutcliffe, A., Maerker, A. A. and Sleight, S. The Past in the Present: History, Memory and Public Life, Abingdon: Routledge, 2017.

Reeves, K. and Plets, G. “Cultural heritage as a strategy for social needs and community identity”, in Logan, W., Craith, M. N. and Kockel, U. eds. A Companion to Heritage Studies, London: Wiley-Blackwell, 2015.

Reeves, K. “Echoes on a cultural landscape: glimpses of Chinese community life in Castlemaine”, in Fahey, C. and Mayne, A. eds. Gold Tailings: Forgotten Histories of Family and Community on the Central Victorian Goldfields, Melbourne: ASP, 2010.

ARC Discovery Project DP170100198 “Rights in records by design”. This project aims to design and develop a Lifelong Living Archive for children who experience out-of-home care. Children cared for out-of-home need quality record-keeping systems to develop and nurture their sense of identity and connectedness; account for their care experiences throughout their lives; and detect, report, investigate and take action against child neglect and abuse. This research is expected to support children experiencing family dislocation through efficient, effective, and responsive record-keeping systems to ensure the highest standards and continuity of care.

Australian Research Council Linkage Project 2011-2014. Assessing the Australian Football League’s (AFL) racial and religious vilification laws to promote community harmony, multiculturalism and reconciliation. Reeves is a Chief Investigator. This interdisciplinary project analyses the effectiveness of AFL corporate management policy on racial and religious vilification with a view to providing recommendations for further policy actions. A better understanding of how ethnic harmony, diversity and toleration can be achieved will help strengthen the social fabric of the Australian community. As the AFL is one of the largest corporate employers of Indigenous and multicultural Australians, the lessons learned from the operation of its policies and education programs will have important implications for a wide range of Australians across many sectors. Benefits will include recommendations to develop policy frameworks, cross‑cultural training and community capacity building.

Australian Research Council Discovery Project 2010-2013. Chief investigator on a project titled Revisiting Australia’s war: international perspectives on heritage, memory and ANZAC pilgrimages to the cemeteries, sites and battlefields of World War Two (WW2). Included Associate Professor Kevin Blackburn as a Chief Investigator. This project, valued at $207,000 over four years, investigates how war has assumed an iconographic status in Australia and New Zealand; for many the spirit of Anzac defines the values of both nations. A study of WW2 pilgrimage will explore ways the Anzac legend has been revisited, reinvented and revitalised by successive generations through tourism and war pilgrimage related travel. This project retrieves the memory of war from those who suffered it, empowers communities of mourners on both sides of the Tasman and helps to explain why the Anzac mythology captivates such a diverse cross-section of society. It explores a neglected dimension of Australasia's relationship with the world and the Asia/Pacific region in particular. Reeves' role built on heritage in Asia research that he undertook with Dr Colin Long and other Laos and Thai researchers.

Monash Research Fellowship 2009-2014. Worked on a research intensive project titled Heritage tourism and the historical landscapes of Australia, Asia and the Pacific. This fellowship was valued at $850,000 over five years. Utilises the under-theorised, but broadly defined field of heritage studies, this project will analyse how heritage sites can be best thematically interpreted and developed for their sustainable heritage tourism potential. Drawing on a number of research disciplines including history, cultural heritage, tourism and sustainable ecology studies Reeves’ research will contribute to Australia’s reputation as a source of innovative research and ideas in the area of cultural heritage and tourism studies, areas where there is growing international momentum.

Australian Research Council Linkage 2006-2009. ARC Linkage Grants Scheme. First named Chief Investigator and APDI LP0667552, Layers of meaning: historical studies in central Victoria’s regional heritage 1834-1950. The main research outcome of this project was to write the cultural histories of the communities of the central Victorian region. Reeves was the postdoctoral research fellow. Working closely with the Victorian Department of Sustainability and Environment and Heritage Victoria Keir constructed a layered history and cultural heritage analysis of the region.

Australian Research Council Discovery 2006-2009. Chief Investigator DP0666276, Remembering places of pain and shame: conservation of the Asia-Pacific region’s ‘difficult’ heritage of imprisonment sites. This ARC funded Discovery project contributes to theoretical and practical discourses relevant to Australia’s cultural heritage industry. Its findings have implications for the work of national and state industry bodies (Australian Heritage Council, Australian Department of Environment and Heritage, Heritage Victoria) and professional organisations (Australia ICOMOS). The project findings may lead to concrete results such as the addition of new places to international, national and state heritage registers and their protection for the benefit of the community at large.

2017 Invited to give the joint RHSV and La Trobe Society AGL Shaw lecture.

2015 Member of AusHeritage cultural services delegation as part of the Austrade Australian Trade Mission to India in Delhi, Mumbai and Jaipur (January 2015). Presented on managing heritage landscapes in a transnational context.

2013 Visiting Researcher, Heritage Research Group, McDonald Institute for Archaeological Research and in the Department of Archaeology, University of Cambridge.

2013, Invited speaker, Centre for Research in Memory, Narrative and Histories, University of Brighton.

12 February 2012. Briefed the incoming Australian Ambassador Noel White at SOAS on contemporary Australian politics and the structure and recent performance of the Australian economy.

Invited speaker to the Australian Academy of Humanities in Adelaide November 2010 as part of their symposium titled "Sharing Our Common Wealth: Cultural Institutions".

Co-awarded best paper at the 2nd UNESCO-ICCROM Asian Academy for Heritage Management Conference, held at the Institute for Tourism Studies in Macau, December 1-3, 2009.

The Victorian Finalist for the Fulbright Award Australia Postdoctoral Fellowship 2008.

The Australian Academy for the Humanities Early Career Travelling Fellowship 2007.