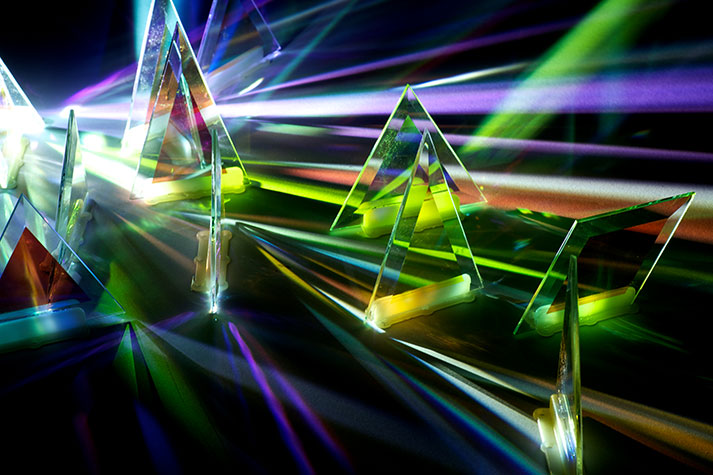 Ross Manning works with kinetics, sound and technology combining re-purposed technologies with common objects. His kinetic environments construct independent systems of logic, generating automatons of coloured light, electronic imagery and sound that play upon the senses. Using display formats such as ﬂat screen TVs and data projectors, these are seen as a departure point, exposing and customising the mechanisms set up for kinetic situations in and of the technology.

Manning has developed a new extension in a series of recent works titled: Dichroic ﬁlter piece (wall/screen) which aims to investigate the electronic image by an intervention on the tool or machine on which they are produced, reproduced and proliferate within contemporary society. Using the display formats (such as ﬂat screen TVs and data projectors) as a departure point, Manning's work opens up, exposes and customises the mechanisms and kinetic situations in and of the technology.

For Dichroic ﬁlter piece (wall/screen), 2015, a data projector will be mounted directly to the gallery wall projecting beams of raking white light while clusters of cut glass dichroic ﬁlters interrupting these beams, reﬂect and refract colours of the spectrum.

By reorienting the projector, incorporating it as a part of the work, the space is collapsed and the viewer's usual expectations associated with video and moving imagery subverted. The work exposes the process while allowing closer access to the details of light-play, creating an intermit experience for the viewer.