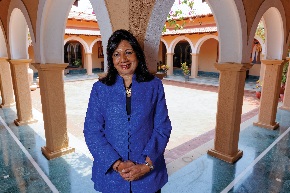 Dr Kiran Mazumdar-Shaw, a most distinguished alumna of the University and a pioneer of the biotechnology industry in India, was honoured by Federation University on Thursday 5 March 2015 with the unveiling of a road named after her at the Mt Helen Campus.

The Kiran Mazumdar-Shaw Scholarship was awarded for the first time in 2017.

The 2017 and 2018 Kiran Mazumdar-Shaw recipients both received entry into the Golden Key International Honours Society at the Golden Key new member reception at Federation University, Mt Helen, on Friday 20 April 2018. 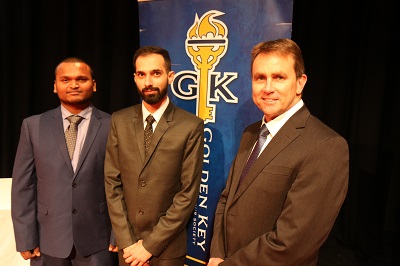