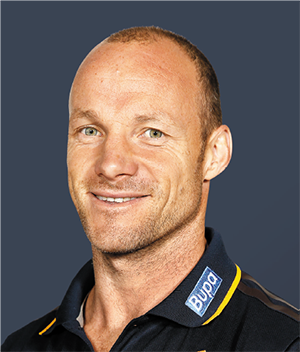 Andrew Russell, who is Carlton Football Club’s Director of High Performance, graduated from Federation University in 1997 and was named Alumnus of the Year in 2016.

Andrew has become one of AFL’s leading performance managers.  Prior to joining Carlton, Andrew worked in a similar role at the Hawthorn FC for 14 years, assisting the Hawks to win four premierships, keeping the team motivated and in optimum physical condition.

After graduating from Federation University, Andrew worked as an assistant coach with Essendon, with the team winning the 2000 premiership. Andrew was soon head-hunted by rival AFL club, Port Adelaide. Andrew said he thoroughly enjoyed working with a wide range of highly talented people who pushed for improvement constantly.

Reflecting on his time at university, Andrew said he had made many lifelong friends and held great memories.  “The quality of the lecturers and the learning environment in my course definitely set me up for work life.”