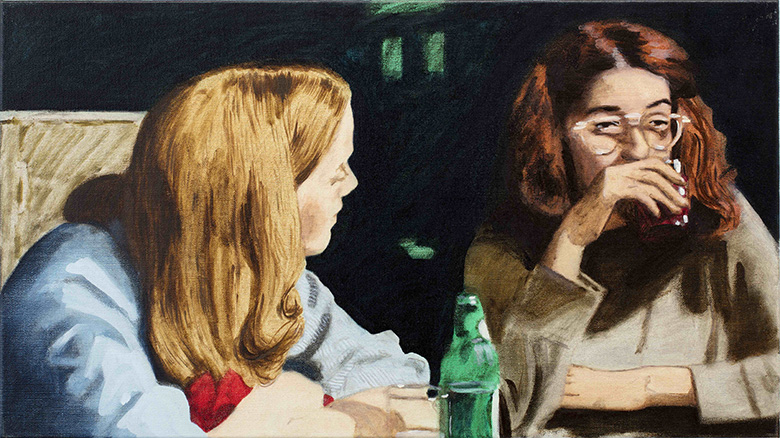 Nicola Smith is concerned with the relationship between cinema and painting – the act of painting, repetition, and the passing of time.

For the past nine years Nicola Smith has painted from film stills, often referring to the work of Belgian filmmaker Chantal Akerman and New York director, Claudia Weill. Smith’s new series of stills from Weill’s film Girlfriends capture the scenes and contrasts in lighting and colour, whilst acutely observing the differences within scenes she selects from the drama from when filming began and finished over 12-months later.

Smith interests lie in the way the script is written and translated by the characters, with tenderness, fragility and humour. She uses her brush to capture and reflect her personal responses in a painterly style.

Image: 'Well for one thing, he thinks I'm a dilettante' (Anne and Susan at the bar), 2018 oil on Belgian linen 50 x 89.5 cm. Courtesy the artist and Sarah Cottier Gallery, Sydney