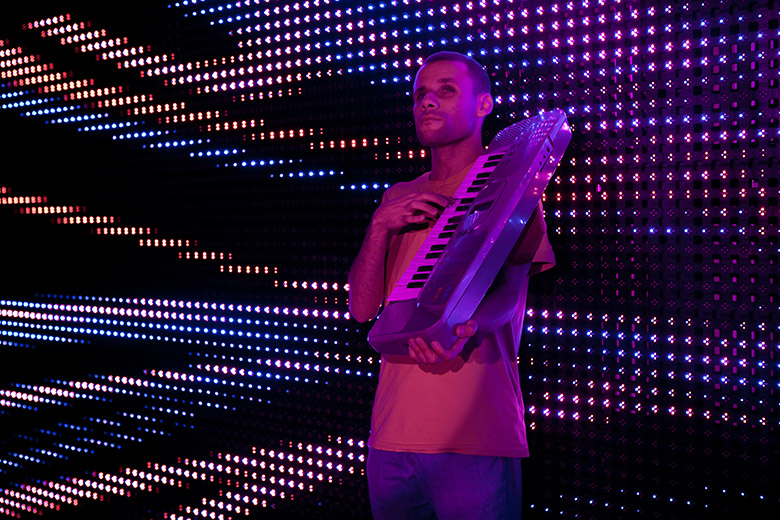 Angelica Mesiti predominantly works in video installation, with a particular interest in performance and dance. For several years she has developed performances for video in collaboration with people from diverse backgrounds across the globe.

In Some dance to remember, some dance to forget, Paris-based Algerian singer/musician Mohammed Lamourie, who appeared in Mesiti's last work Citizens Band sings another song from his repertoire - an Arabic rendition of the well known 1970s Eagles' song 'Hotel California'. Shot inside a Paris nightclub, we witness Mohammed's moving solo performance, garishly lit against a large LED screen.

While the song 'Hotel California' has been translated into many languages and handed down through generations, Mohammed's Arabic version was originally recorded by Cheb Hasni, the Algerian Rai singer and cult hero assassinated in the 1990s by Muslim extremists for singing about taboo subjects like divorce and alcohol.

The work and the song 'Hotel California' can be interpreted as an allegory for western decadence - a cautionary tale. Mohammed's sincere rendition of the song and the glitzy appearance of the nightclub environment, highlight and contrast contradictions of these complex states.

This project has been assisted by the Australian Government through the Australia Council, its arts funding and advisory body.