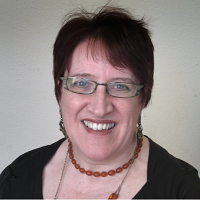 Diploma of Dramatic Arts – Victorian College of the Arts – 1985

Diploma of Teaching – South Australian College of Arts and Education – 1977

Bachelor of Acting for Stage and Screen

Kim Durban trained as a teacher in South Australia, then as a director at the Victorian College of the Arts. She has built a strong reputation as director of new plays and classic texts for theatres across Australia, including Melbourne Theatre Company, Queensland Theatre Company, Playbox Theatre, La Mama Theatre and Red Stitch Theatre. In 2001, Kim was appointed Senior Lecturer in Performing Arts at Federation University in Ballarat, where productions include The Northern Lass, Margaret of Anjou, Garden City Weeded, As You Like It, Machinal, The Tempest, Much Ado About Nothing, Murder on the Ballarat Train and Kiss Me, Kate. She is currently joint coordinator of the Bachelor of Performing Arts undergraduate degree. Kim is the winner of the 2015 Vice-Chancellor’s Award for Teaching Excellence, the 2012 EJ Barker Fellowship, a 2010 ALTC Citation, the Yvonne Taylor Award for Directors in 2002 and she is a joint winner of the 1990 Ewa Czajor Memorial Award. Kim is a founding member of the Australian Women Directors Alliance. She has a current entry in the Who’s Who of Australian Women, and her PhD thesis explores her direction of plays by Caroline playwright Richard Brome. Her productions of Oriel and Running With Emus by Merrilee Moss were seen at the Carlton Courthouse in 2016 and 2020.

Kim leads the Bachelor of Performing Arts and Bachelor of Acting for Stage and Screen degree programs and also has extensive experience teaching and directing into the Bachelor of Music Theatre program. Her thesis: “Double vision: raising Richard Brome’s plays from the page to the stage” can be viewed/downloaded via http://hdl.handle.net/1959.9/564893, 2017. Her commissioned essay “Upside Down at the Bottom of the World: Taking Richard Brome’s Plays to the Antipodes” appears at https://www.dhi.ac.uk/brome/viewEssay.jsp?file=KD_AUSTRALIA Her article “ ‘ I Love the Quality of Playing, I’: Directing Adventures in Ballarat.” appears in Australasian Drama Studies 57. In 2012 She won the $12,000 E J Barker Fellowship which facilitated research at the Royal Shakespeare Company archives held at the Shakespeare Birthplace Trust, Stratford upon Avon, and the archives of Shakespeare's Globe Theatre, London. "for the vision, planning and implementation of a contemporary approach to artistic training in a regional area that has created outstanding graduate success" and a Vice-Chancellor’s Citation. With her team she also won a Vice-Chancellor’s Award for Teaching in 2015. Her original work Alice Arden was a Master of Dramatic Art – Direction (by Research) production, which radically reinterpreted female representation in Arden of Faversham.  Kim received first class honours, and, because of this work, in late 2000 she was invited to address a Directors' Forum in New York at the Public Theatre, on the topic "Expanding the Presence of Women Directors". Kim was joint winner of the 1990 Ewa Czajor Memorial Award and has a current entry in the Who’s Who of Australian Women. She is a peer assessor for Creative Victoria.

Chapter 9. ‘I must abroad or perish!’: The Meta-theatre of the Road in Brome’s A Jovial Crew, Kim Durban; in Reading the Road: from Shakespeare’s Crossways to Bunyan’s Highways, edited by Lisa Hopkins and Bill Angus, December 2019, Edinburgh University Press: 167-182.

Durban, Kim. “‘Had I been there, which am a silly woman’: Dealing with gendered casting in an Australian tertiary setting.” Fusion Journal, Issue 15 (2019), pp. 142-153. http://www.fusion-journal.com/had-i-been-there-which-am-a-silly-woman-dealing-with-gendered-casting-in-an-australian-tertiary-setting/