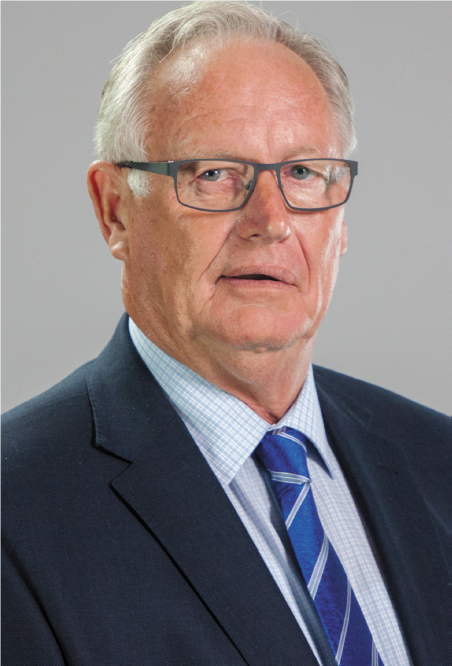 Ian Nethercote graduated from the Gippsland Institute of Advanced Education in 1976 with a Bachelor of Engineering (Mechanical) and became a leader within Australia's energy sector, with a career spanning over 40 years. He has made a major contribution to the local region and the development of national energy policy and institutions.

Ian began his career with the State Electricity Commission of Victoria (SECV) as a Mechanical Engineer quickly rising to senior roles. As the organisation moved through corporate restructure and privatisation, Ian played a key role in influencing outcomes for the companies that evolved as well as providing significant input into the development of the Victorian energy market in the mid 1990s. This work led to the establishment of the national energy market that exists today.

Ian became Chief Executive of Loy Yang Power and was Chairman of Loy Yang Power, Marketing and Management Company from 1999 to 2012. As the Chief Executive Ian carried the responsibility for the operation and future development of Victoria's largest power generation facility along with the largest open cut mine in the Southern Hemisphere. The Loy Yang power business was valued in excess of $4b and directly employed approximately 560 staff. During his time at Loy Yang Power, Ian was a champion for the Gippsland region and maintained a commitment to engineering excellence, also serving as Director of National Carbon Capture and Storage Council; Member of CSIRO Energy and Transport Sector Advisor Council; and on numerous other energy and policy related national committees.

Ian has been a significant contributor to the local region, remaining passionate about education and training and providing careers and pathways to people within Gippsland. He has been involved with local training and educational institutions and is a former director of Gippsland Group Training (now Apprenticeships Group Australia). Other roles include member of Federation University Australia Council from 2014 to 2019; Board member of Federation Training from 2014 to 2016; Member of Monash University Gippsland Advisory Committee from 2006 to 2014 including as Chair from 2007; Member of Monash University Council from 2008 to 2014; Member of the Gippsland Tertiary Education Committee from 2011 to 2013; and Director of Gippsland Group Training Company Limited from 1993 to 2004 including as Chair between 1998 and 2001.

In 2004 Ian was awarded the Australian Institute of Management Award of Excellence, and in 2010 was awarded the Sir Willis Connolly Memorial Medal for contributions to the Energy Sector and Mining Industry. In 2018 Ian was awarded Member of the Order of Australia in the General Division "for significant service to electricity supply in Victoria through industry reform and restructuring, to education, and to the community of Gippsland".

Ian Nethercote is recognised nationally across the political spectrum and the energy industry for his significant input to energy and his keen advocacy for research and development to expand the opportunities for the natural resources of Gippsland.