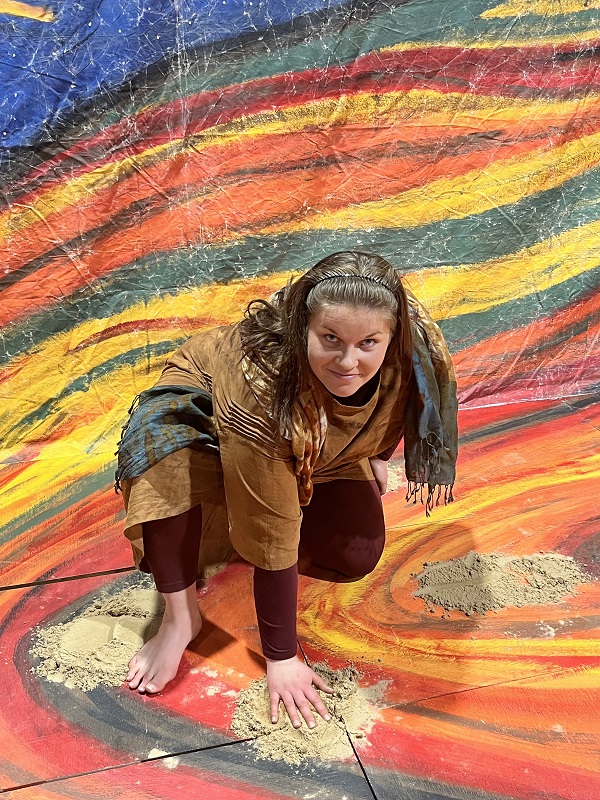 Recently accepted into the Regional Arts Victoria’s Arts & Education touring Program, Facing Up will be performed in schools across Victoria in 2023. Federation University staff and guests were lucky to see a preview of the show at our Mt Helen campus in August.

Facing Up scrutinises Australia’s past Prime Ministers’ and Federal Governments’ attitudes towards the treatment of First Nations people from Federation to the present day. Audiences are taken on a powerful journey through Prime Ministerial statements with non-Indigenous actor Andre Prenc, reciting the words of 30 Prime Ministers from Edmund Barton to Scott Morrison.

These statements include Alfred Deakin praising the genocide of Indigenous people as something to be “thankful for”; Andrew Fisher passing the Northern Territory Aboriginal Ordinance Act where children can be removed by force and Billy Hughes declaring that Indigenous people “cannot marry non-Aboriginal people”. In contrast to these moments of darkness, the hope for change emerges albeit more recently in Paul Keating’s ’Redfern Speech’ and Kevin Rudd’s ‘Sorry Speech’.

Indigenous actors Trudy Edgeley and Zerene Jaadwa give voice to First Nations people whose lives were devastated by institutional racism and discrimination as they explore the highlights and lowlights of First Nations’ protest and struggle since 1901, including the movement of people into missions, the 1967 referendum, Mabo, Maralinga and the Uluru Statement.

From its first performance Facing Up has created powerful responses from audiences. Originally performed for the Biennale of Australian Art (BOAA) in 2018 at the Avenue of Prime Ministers in the Ballarat Botanical Gardens, it was again performed in the Gardens by invitation of the Koorie Engagement Action Group as part of the National Aborigines and Islanders Day Observance Committee (NAIDOC) Week program in 2019. The production was then adapted for the stage and performed twice in 2021 at the Eureka Centre, and again for NAIDOC week in 2022 at Federation University Arts Academy's Helen MacPherson Smith Theatre.

The production includes the work of several other Federation University alumni and staff, originally performed with alumnus Martin Van De Wouw as the Prime Ministers;  Myles Walsh, a Diploma of Arts graduate, was also in early shows. Adam (Gus) Powers designed the set while Bachelor of Arts (Acting) graduate, Shannon Nicholls is an understudy.

Much of the history told in Facing Up is new to many as it can be difficult to address. The Director, cast and crew aim to stimulates discussion about racism, colonisation, legalities, human rights, culture, relationship to land and country, the role of the Australian Prime Minister, democratic rights, as well as promote solidarity and understanding. It tells an important history from two very different standpoints and is a work all Australians should see. 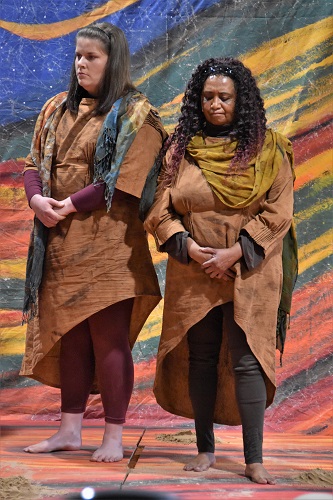 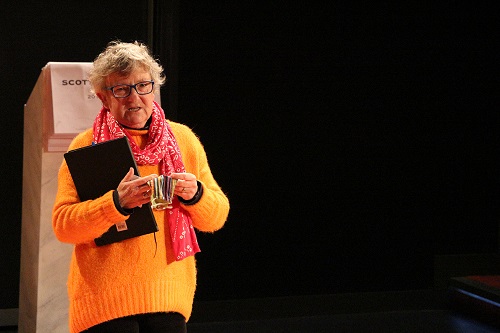