The Late E B Morgan Trust

About The Late E B Morgan 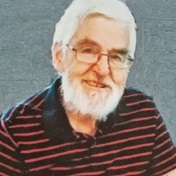 The Late E B Morgan moved to Melbourne in 1964 and worked at the Children's Hospital, Woman's Hospital, St Vincent's, finally settling at the Alfred Hospital where he practiced Anaesthesia for over 30 years until he retired.

He was a part of the first heart transplant operation of the Alfred Hospital (the patient survived), and was a major part of the transplant team throughout his career.

He retired as Deputy Director of the Anaesthesia Department and director of the Intensive Care Unit, but even after retiring he would be a regular in the hospital attending seminarsion at the Alfred Hospital.

The Late Evan Brian Morgan passed away on 5 August, 2019.