Ballarat multi-media visual artist, Deanne Gilson, has been announced as one of 88 finalists in the 66th Blake Art Prize. The prestigious Blake Art Prize is one of Australia's richest art prizes and is awarded to contemporary artworks exploring spirituality, religion and belief. It attracts entries from artists around the world who compete for various prizes including the $35,000 main prize.

Deanne, a proud Wadawurrung woman of Aboriginal and Australia/English descent, lives on the 'ancestral Country' of the Ballarat area and graduated with a Bachelor of Arts (Visual Arts) (Honours) in 2010. Deanne is overjoyed about being a finalist for the prize, saying it's a wonderful recognition for regional Victoria's First Nations people.

Her painting titled 'Karringalabil Bundjil Murrup, Manna Gum Tree (The Creation Tree of Knowledge)', which depicts the Wadawurrung Creation Story, will be exhibited in Sydney at the Casula Powerhouse Arts Centre (CPAC) along with the work of the other finalists. 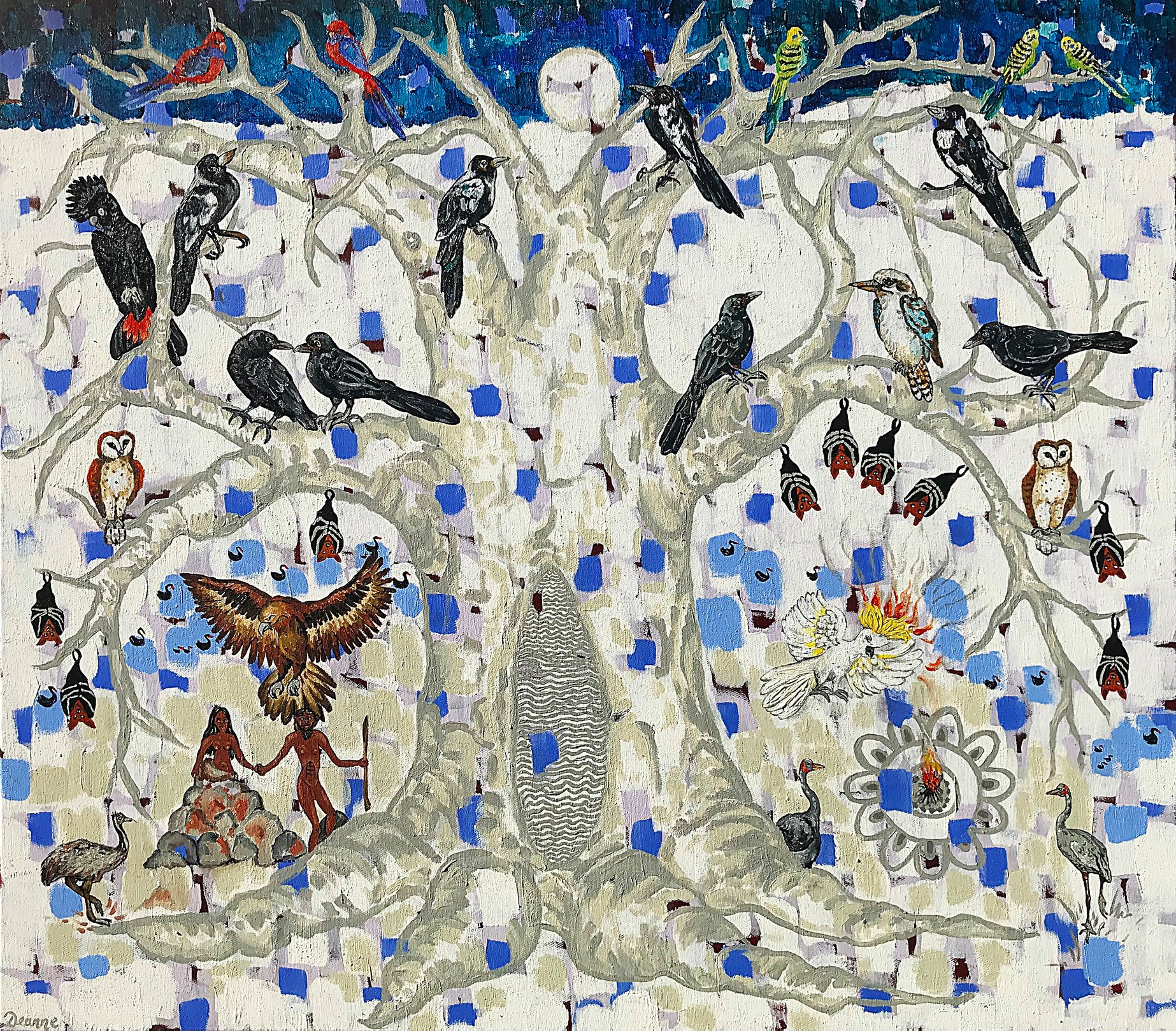