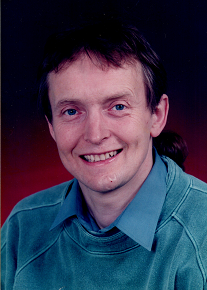 Dr David Stratton had an appetite for innovation, a boundless curiosity for technology, and was an advocate for inclusion and accessibility, who inspired both students and colleagues alike to strive to achieve at the highest level within the bounds of their unique constraints.

In 1996 he was diagnosed with Multiple Sclerosis but maintained a full teaching and research load for the next 14 years. His perpetually positive attitude and approach continued even as his health declined and physical effort became difficult.

David was always an active advocate for inclusion and accessibility. He was the driving force in Australia for the introduction and adoption of TrailRider, a one-wheeled, all-terrain chair guided by able-bodied “sherpas” that allows wheelchair bound individuals to experience off-the-beaten-track bush walks and his dogged advocacy led Parks Victoria to install a TrailRider in every Victorian park.

David also began a campaign which resulted in the Mount Alexander Shire Council’s Inclusive Towns Project aimed at improving the accessibility of businesses and promoting inclusion.

As an Honorary Research Fellow David remained in touch with research at the university in retirement, assisting with the supervision of Honours students’ projects and driving an exciting research project identifying the onset of dementia using the person’s own smartphone

David sadly passed away in June 2019.