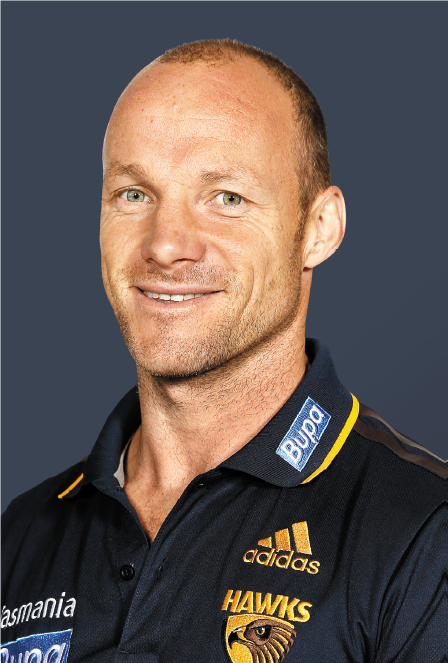 After graduating, Andrew obtained his first major sporting role as an assistant first coach with the Essendon Football Club in the Australian Football League.   The club won the premiership in 2000, and Andrew was “head-hunted” by rival AFL club, Port Adelaide.

Securing the role of Head Fitness Coach at Port Adelaide Football Club when I was 24.

Describe the most enjoyable and challenging aspects of your job:

Working with elite athletes, seeing the development of young players – physically and emotionally.

No two days are the same in an elite sporting environment. I am lucky enough to work with a wide range of highly talented people who push for improvement constantly.

Keeping a team motivated and in optimum physical condition for a lengthy season.

What are your strongest memories while you were studying at the University of Ballarat?

How much fun campus life was – I made many lifelong friends and have great memories of my time at UB.

Quality of the lecturers and the learning environment in my course – definitely set me up for work life.

Be prepared to do the hard yards. So many young students that contact me have high expectations about the starting point.