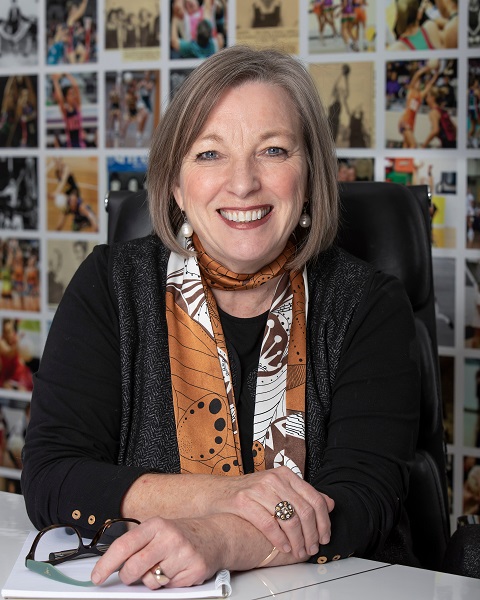 Rosie King is one of the most influential women in Australian sport. Highly regarded and experienced within the sporting industry, Rosie has had an impressive and extensive career serving in senior roles across the fields of tourism, retail, hospitality, aviation and elite sport.

Graduating from the University of Ballarat with a Master of Business Administration in 2010, Rosie has received many accolades over her career including being the first woman to serve as Acting CEO of Geelong Football Club (AFL), winner of the 2018 Victorian Sports Administrator of the year in the Victorian Sports Awards, recipient of the 2015 Graeme Samuel Scholarship which enabled her to attend Harvard Business School Executive Leadership Program; and her achievement in receiving the highest funding commitment from government for female facilities in Australia's history (64.6 million).

Currently Chief Executive at Netball Victoria, Rosie has held senior management roles in the commercial, not-for-profit and government sectors including General Manager of People and Culture at Geelong Football Club from 2010 to 2016; General Manager of Operation and Corporate Development at Gekko Systems; and General Manager of Organisational Development, Sport New Zealand. Prior to these roles her background was in Human Resources and Operations with roles at Sovereign Hill Museums Association, Sportsgirl/Sportscraft Group, Air Vanuatu, and the Ritz-Carlton Hotel.

Rosie is often sought out to serve on executive boards and committees due to her vast knowledge and experience and has been a member of various boards in the education and training sector including Board of Directors, Paralympics Australia from 2015; Director of the Australian Paralympic Committee; member of the State Netball Hockey Centre Advisory Committee, and on the Steering committee for redevelopment of State Netball Hockey Centre Advisory Committee. Rosie is also a Change Our Game Champion, a program which works to level the playing field for women and girls in sport and active recreation.

Rosie is a highly respected professional with experience in leadership, governance, government relations, commercialisation, strategic planning, business improvement and organisational design and Human Resource Management. She is known as an innovator and change maker whose unique style and approach has seen her transform organisations to become highly functioning and successful workplaces of choice.