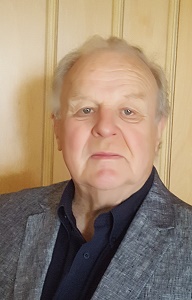 For over 40 years, Barry Dunstan has worked to promote and inspire the Gippsland community through his roles in education, management, and the scientific world.

In the mid 1960s, Barry took a lead role in briefing architects for the first new science block on the Churchill campus at Yallourn Technical College. The laboratories were designed to allow intensive experience for students in the external studies program, as well as on-campus students. In 1980 Barry became Head of School of Applied Sciences at GIAE and introduced a new course in nurse education. From 1988 until 1993 he was engaged in the development and supply of external courses offered by Monash University, working in Singapore, Kuala Lumpur and Hong Kong.

Alongside teaching, Barry has considerable experience in consulting and conducting research in a wide range of energy issues including coal science, Greenhouse Science and energy economics. From 1982 to 1985 Barry occupied senior roles including President at the Australian Institute of Energy, an organisation that aims to promote understanding and awareness of energy issues and the development of responsible energy policies in Australia. From 1983 to 1984 he worked as a technical consultant to a Japanese industry consortium who established a $350M research facility aimed at the conversion of Victorian brown coal to liquid fuels.

Barry served 10 years as Council member and Chairman of Central Gippsland College of Technical and Further Education; as a member of the Hong Kong Council of Academic Awards assessment panels; and as Chairman of the Latrobe Valley Task Force, who submitted the first composite industry submission to the Greenhouse Challenge which involved a major review of the operations of the five major power stations.

In 1997 Barry was appointed by the Federal Government to the Committee of the Gippsland Area Consultative Committee, a group charged with promoting the economic development of the Gippsland region. In 2000 he was appointed by the Victorian Minister for Health to the Board of Latrobe Regional Hospital on formation as a Victorian Public Hospital. In 2003 he was appointed Chair of the Board and in 2004 he was appointed to the Council of Board Chairs created by the State Government. Barry was also the first Executive Director of Energy Education Australia (EEA), an alliance of education providers which aimed to further the capacities of organisation throughout Australia and Asia. His efforts brought significant success to the University, to EEA, and through numerous trade and local government delegations, expanded opportunities to many local businesses, schools, and other groups.