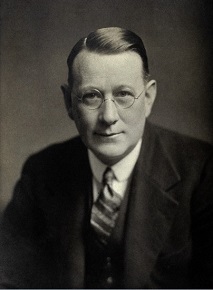 Louis William Gordon Büchner-Malcolm is believed to be the first School of Mines alumnus to complete a PhD, and the first to do so at an overseas university. He studied Mine Management and Geology at our SMB campus before going on to study anthropology, and received numerous scholarships including the 1851 Exhibition Scholarship.

In 1914 World War I broke out while Louis was in Zurich undertaking research. He served as an officer in the Royal Garrison Artillery and saw action in France and West Africa, where he undertook research into the Eghap (EGG-HUP) people of central Cameroon. He remained with the Artillery until 1919 obtaining the rank of Temporary Captain. He is listed on two WWI Honour Rolls in Ballarat.

Louis published over 30 academic papers and held positions at a number of museums across his career including the Australian Museum, the Bristol Museum as Curator of Archaeology and Ethnology, and the Welcome Historical Medical Museum in London as Conservator and later Director.  In 1937 he became Curator of the Homiman Museum in Forest Hill, London, a position he held until his death in 1946.