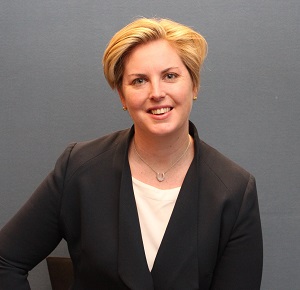 Mary Aldred is passionate about the Gippsland region and its economic and social progress, acting as a spokesperson for local businesses and community throughout her career.

Graduating with a Master of Business Administration, from Federation University Australia in 2018, Mary has also completed a Bachelor of Arts (Honours), a Master of Agribusiness, and is a graduate of the Gippsland Community Leadership Program.

Beginning her career as an Advisor in public office, Mary worked for several companies within the energy industry before taking up the role of Executive Director for the Committee for Gippsland (C4G) from 2011 to 2013 before being appointed Chief Executive Officer from 2013 to 2018.

C4G’s membership includes such diverse industries as food and agriculture, power and electricity, communications and real estate with other organisations including Federation Training, Quantum Support Services, Gippsland Employment Skills Training and West Gippsland Healthcare Group as members. Heading C4G, Mary was critical in advocating to State and Federal Governments on behalf of member and other organisations in Gippsland, providing a united voice for the region.

Currently Mary holds the position of Chief Executive Officer of the Franchise Council of Australia, an organisation representing over 500 member businesses that are part of the $181 billion Australian franchising sector. In this role Mary has been instrumental in preparing and presenting the sector's response to the joint parliamentary committee inquiry into the 2018 Franchising Code of Conduct.

Among many board positions, Mary has been a Board Director of Australian Sustainable Hardwoods; the Latrobe Regional Hospital; and Lifeline Gippsland; and was Chair of the Hawks Young Executive Committee (Hawthorn Football Club) from 2015 to 2017.

In addition Mary has sat on numerous advisory committees including the Victorian Women's Correctional Advisory Committee from 2013 to 2015, and the Victorian Responsible Gambling Ministry Advisory Council from 2013 to 2016; and was a key member of the Regional Partnerships Gippsland Committee, and the Regional Jobs and Investment Packages Local Planning Committee (Gippsland). Mary was awarded Australian Financial Review Boss Magazine Young Executive winner in 2018.

Through her extensive governance and senior executive roles, Mary has been instrumental in securing state and federal funding for significant projects in the Gippsland region through advocacy and collaboration.