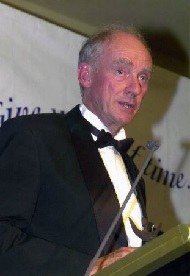 Patrick Hope will be remembered  for his significant civic, tourism and educational contributions to Ballarat and his adopted home Buninyong

Passionate about all that this region has to offer, Patrick Hope loved the Great Dividing Trail walks.

Born in Berkshire, England, Pat is remembered for his significant civic, tourism and educational contributions to Ballarat and his adopted home Buninyong where he lived with wife and best friend Pat, who he nicknamed PK.

Pat arrived in Ballarat in the late 1960s as a business teacher at Ballarat School of Mines and, as head of the business department, was responsible for the considerable increase in student enrolments at a new Mount Helen campus in the early 1970s.

It was a remarkable career for a boy who had initially left school at the start of year nine to become a telegraph messenger in Melbourne.

In his retirement, Pat poured time into promoting the region: Treasurer of the Historical Society, a volunteer at the Information Centre, and a member of the Board of Regional Tourism. For his services in the latter role he was awarded an OAM (Order of Australia Medal) in 2006.

He later joined the Committee of the Ballarat Vignerons Association. One of his most significant actions was to help save Cathcart Reserve from the clutches of real estate developers.

Pat is survived by his second wife Patricia, who he met in 1995 and married in October 2004. He said he was privileged to become part of her extended family.