Researchers are working to protect the mysterious burrowing crayfish, a tiny threatened crustacean that lives deep underground near waterways in Victoria’s Gippsland region.

Little is known about the freshwater crayfish, which are typically five to 10 centimetres long, but clues to where they live are left behind in dirt piles – often resembling mud chimneys – created by the digging of their tunnel systems.

Federation University Australia researchers have partnered with the Department of Environment, Land, Water and Planning, Gippsland Water and local Landcare groups to learn more about the crayfish and to aid conservation efforts to protect the crustaceans.

Federation University Molecular Ecology Post-Doctoral Fellow from the School of Science, Psychology and Sport, Faye Wedrowicz, said these species found in South Gippsland had restricted distributions and very little was known about them.

The researchers are developing non-invasive molecular methods to detect crayfish DNA in soil taken from burrow entrances or water samples collected from nearby waterways. DNA from these environmental samples can then be analysed and compared to reference data to non-invasively identify the species living in a particular area.

“We’re developing a way to survey these guys by sampling a little bit of the soil from the sides of the chimneys that are their burrow entrances,” Dr Wedrowicz said.

“By extracting DNA from the soil, we’ll see if we can pick up traces of crayfish DNA and get its DNA sequence which can then be compared to a reference database of sequences for species we know. This will give us a good amount of confidence as to which species of burrowing crayfish are occupying a particular area, without having to use methods, such as digging or trapping, which are difficult to implement at a large scale and may further impact these species.” 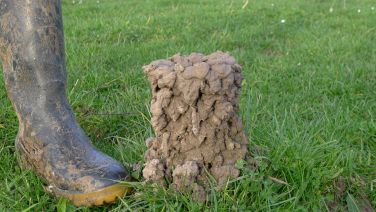 Threats to the burrowing crayfish are thought to include vegetation removal, ground damage in and around creeks by livestock, and possibly the use of pesticides and chemicals. Urban development could also pose a threat.

“In the case of the Warragul burrowing crayfish, they live in a quite restricted area of about 20 square kilometres – they're not widespread at all,” Dr Wedrowicz said.

The Narracan, Strzelecki and Warragul burrowing crayfish are listed under Victoria’s Flora and Fauna Guarantee Act 1998, meaning conservation actions are needed to help stop their decline.

The three-year project is due to wind up by mid-2021, with the researchers hopeful that their DNA sampling techniques will pave the way for their partner groups’ conservation efforts.

“We’ll have completed a preliminary sampling of the whole region, having collected soil to see whose DNA is there, which, with further sampling, will provide an indication of whether their ranges are bigger or smaller than we previously thought,” Dr Wedrowicz said.

“We’re also hoping to get the community involved in the near future, perhaps by asking interested landholders to sample soil from their crayfish burrows and get them to send them in for analysis. Dr Faye Wedrowicz

“This would be a great way of getting the community involved and it would allow us to get samples from a wide area which would be really helpful.”