Dwindling habitat and devastating fires on the east coast of Australia have pushed koala populations to the brink of extinction.

Koalas have also been lost to dog attacks, road strikes and disease, while large tracts of native vegetation continue to be lost to urban development, further affecting their populations.

Federation University Australia researchers, who have studied the threats to Victoria’s Strzelecki koalas, have been awarded funding by the Brisbane City Council to perform DNA sampling on the city’s koala populations to drive conservation strategies for the at-risk animals.

The research team, led by Dr Fiona Hogan, Senior Lecturer of Conservation Biology in the School of Science, Psychology and Sport, study the animals’ genetics through non-invasive scat samples, having already tracked the koalas through Brisbane in an earlier study.

“Our project is following on from the work we’ve been doing in Brisbane since 2016. We've been working with detection dogs from OWAD Environment to find scats which allows us to DNA profile their koalas,” Dr Hogan said.

“This means we are looking at the population structure of their koalas to detect isolated pockets of individuals, we can also find out how they're moving around the city and also the health of the koalas, that is, are they infected with chlamydia and/or koala retrovirus.”

The scat sampling techniques were developed and honed during another Federation University research project. Dr Faye Wedrowicz first began studying samples during a third-year project, with the methods developed during her PhD project.

The new project will see the researchers resample areas that were studied between 2016 and 2018.

“We've got detector dogs going back to those areas to see how things have changed over the last few years, whether the population numbers are similar and if we have picked up the same individuals in the landscape or not. Have those individuals now contracted diseases like chlamydia or koala retrovirus?” 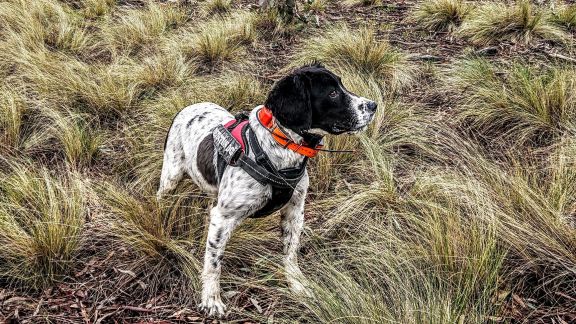 “The other part of the work is to start a landscape genetic approach where we will be able to look at their movement across the landscape. This shows where the koalas are moving, where diseases are being transmitted and what is allowing, or preventing, their movement.”

An estimated 3 billion animals were killed or displaced during Australia’s devastating summer bushfires, with as many as 10,000 koalas believed to have perished in New South Wales alone. Another threat is the rapid urbanisation of Australia’s east coast.

“Brisbane is a big city and the biggest threat to koalas there is the loss of habitat, not just in Brisbane but all the way down the south-east coast, land is becoming very valuable to developers,” Dr Hogan said.

“When we clear habitat, we lose wildlife. We're also fragmenting habitat so the koalas haven't got anywhere to go and they're left in the little pockets of habitat that are left behind. Those little communities of koalas become very vulnerable, they're vulnerable to inbreeding and if they do breed the genetic diversity is just not there, so for a population to be healthy genetically, there need to be large interconnected populations.” Dr Fiona Hogan

The scat sampling techniques developed by the researchers allow the koalas to be genetically tagged without capturing and stressing the animals. This also comes with a significant cost saving, Dr Hogan said.

“We’re giving the council the tools to make change within their local government area, whether that is putting more money towards ‘slow down’ signs or building overpasses to allow the koalas to move around, or having the community lock their dogs up at night, because it’s also about getting the public to do the right thing.

“And, crucially, it’s also about conserving habitat because once it’s gone, the animals go too”.