Professor Peter Gell from the Future Regions Research Centre is leading the study with the Ararat Rural City Council which boasts an area famed for its national parks and abundance of native bushland and wildlife.

Professor Gell and a research team will develop the maps for Crown and some private land, locating the critical spots for threatened and significant species.

He says the project – the Ararat Planning Scheme – seeks to protect and enhance the environment of the shire through a range of controls, including accurate data collection. This includes correcting the often-significant differences between the current mapped environmental value and the physical site.

"This will allow the shire to celebrate some of the fantastic biodiversity of the area but also highlight the places that could give people some issues in terms of development," Professor Gell said.

"We'll be covering all fauna and flora, looking at vegetation types and plant species, doing quite a bit of fieldwork to build up the database for the region – it’s a project that will be based on a large volume of data."

Professor Gell says a key component of the study will look at populations of brolgas and golden sun moths. Brolga populations have experienced a sharp drop in recent decades because of foxes and habitat loss. Golden sun moth populations are confined to grassland habitats in southwest Victoria that have been mostly destroyed.

"We will also do significant work on wetland values, particularly seasonal herbaceous wetlands, which are often dry but occasionally wet and are often seen as depressions in paddocks and good for cropping. But they are protected at the federal level."

Professor Gell says the project will develop a database that will be the basis for a robust vegetation model and allow the researchers to predict where particular plant communities would have been based on the area's slope, aspect, soil type and geology.

"We're now pulling all that together, and once we have this data, we can show the shire the places they can celebrate for their biodiversity and are very important to these species," Professor Gell said.

"But we can also highlight areas that are critical. If someone wants to develop these sites, they will know that they will run into issues regarding threatened species and the various pieces of legislation that protect them.

"It will resolve the issue of bumping heads between development and environmental values. Rather than have landowners keep running into these issues, the council will be able to tell people of the issues in a specific area – but also have a clear view of where they can develop."

City of Ararat chief executive officer Dr Tim Harrison says it is essential for the city to continue to be innovative and proactive, particularly on environmental issues.

He says the study will give residents more clarity about planning by eventually leading to overhauling outdated regulations – some decades old – and removing uncertainty for landowners about what they can do with their land. He says residents will be kept informed about the work along the way through extensive community consultations.

The study will provide advice on options to streamline, simplify or clarify planning controls and the risks as well as the benefits of any changes. Dr Harrison says the city "isn't looking in the rear-vision mirror" as it looks to revamp and become the Victorian leader in updating planning regulations.

He says the guidance will assist the council and the community by creating 'no go', 'go go' and 'go lightly' areas.

"We have world-class researchers just an hour away, and from my perspective, it is a no-brainer to be working with Federation, which is the leading university working with regional communities like ours. This project is on top of a lot of work that we're doing with Federation, and it is great to be expanding on that partnership," Dr Harrison said.

"We're particularly proud to work with Peter Gell and his research team. Peter is one of Australia's foremost ecologists, he is renowned for his work, and it's fantastic that we have his expertise to lead this study." 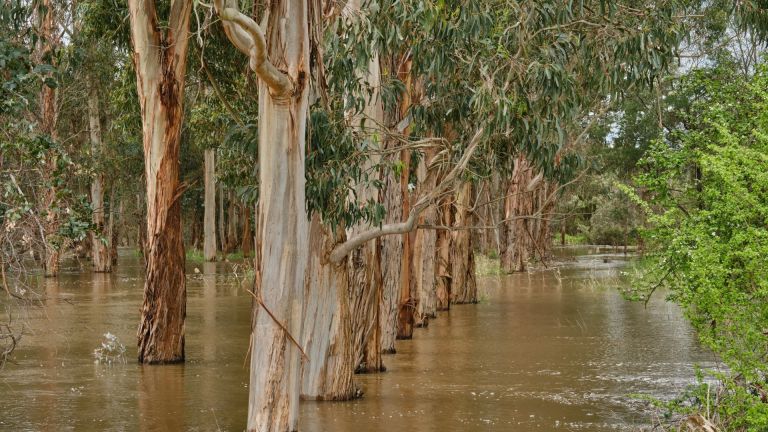