It is a debate that reignited when Steve Smith was struck by a brutal Jofra Archer bouncer in the second Ashes Test at Lords.

The former Australian captain was not wearing neck protection when he suffered the sickening blow, leading to calls for neck guards to be made mandatory in all levels of the game.

Archer’s bouncer was one of a string of incidents in the series where batsmen on both sides were struck from the best bowling attacks in the world.

Smith missed the third Test with concussion but returned for a tour match, wearing the StemGuard neck protector that he said had made him feel claustrophobic and compared it to being stuck in an MRI scanner. He again wore the protection in the fourth test where his two centuries helped Australia secure the Ashes.

As the domestic season gets underway, a nationwide survey will look at attitudes and knowledge among cricketers of all abilities towards wearing head protection.

Dulan Kodikara, a PhD student from the School of Health and Life Sciences at Federation University Australia, who is also a titled sports physiotherapist working closely with cricketers, will survey club cricketers on why they choose to wear headgear – or avoid it. The research has the support of Cricket Australia who will distribute the survey via the MyCricket app.

Mr Kodikara idea for the research stems from an incident in 2010 when he was hit in the eye through the grill while wearing a helmet.

Cricket Australia recently announced that all state and pathway players in Cricket Australia-managed competitions must wear helmets when batting, wicket keeping up to the stumps and fielding in close to the batsman from the beginning of the 2019/2020 season. The use of neck guards on helmets is recommended but not compulsory.

The research will include sub-elite level cricketers – where the sport’s maximum participation is – and cover the use of protective headgear and the level of knowledge of concussion guidelines.

Mr Kodikara said there was anecdotal evidence to suggest there were still players in sub-elite competitions who did not wear helmets at all times as they were not mandatory.

“Cricket is generally considered a safe and low-risk sport, particularly in comparison to contact sports such as football, rugby and ice hockey,” Mr Kodikara said.

“But the recent injury to Australian cricketer Steve Smith and the death of Phillip Hughes in 2014 have highlighted the very real dangers of not wearing safe headgear on the field.”

“Cricket has changed a lot over the past 10 years with 20-20 tournaments, increased bowling speeds and improved bat design. This may partially account for the increase in head, neck and facial injuries.” Dulan Kodikara

The study will also target participants including coaches, umpires and other support staff on the extent and use of protective headgear, the knowledge and awareness on current concussion guidelines in cricket and injury risk perception in relation to head, neck, and facial injuries in the sport. 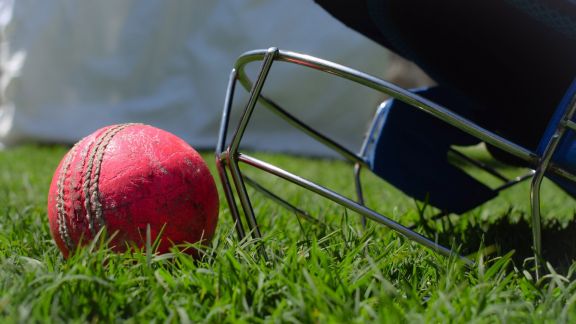 Professor Dara Twomey, Dean of the School of Health and Life Sciences at Federation University, said the study would provide valuable information for Cricket Australia, including the barriers to cricketers wearing protective headgear and the education around concussion guidelines.

“This will be useful information, not only for Cricket Australia, but also for the manufacturing companies,” Professor Twomey said.

“If many of the sub-elite players identify barriers such as it’s too costly, or it’s too tight, impacts on performance or not aesthetically pleasing – that will be really useful information for the manufacturing companies and for informing messages to increase their use.”

Professor Twomey said the Smith incident also highlighted why more information was needed about the knowledge of concussion guidelines.

“With Steve Smith, he was pretty well looked after because you’ve got experienced doctors there who are really conscious of the guidelines and the consensus statements around concussion,” Professor Twomey said.

“The last part of the survey is around the concussion guidelines. Cricket Australia has published a comprehensive Concussion and Head Trauma Policy – but there is no knowledge about whether they are being adopted at the community level. The nature of volunteerism at the sub-elite level can make it difficult. Once the level of knowledge is established, implementation strategies can be developed. ”

The survey will be distributed on the MyCricket app ahead of the 2019/2020 season.