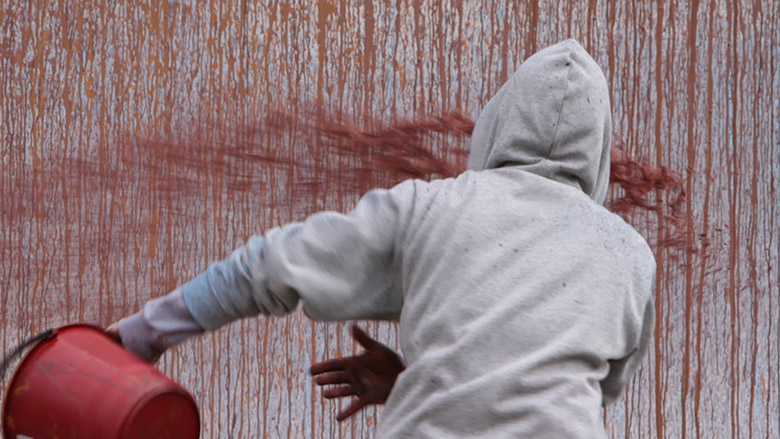 The Guirguis New Art Prize (GNAP) is a national acquisitive $20,000 contemporary art prize which presents a selection of Australia's most exciting contemporary artists with works that explore and embrace new ways of artistic expression, utilising existing mediums and new technologies in innovative ways.

Initiated and generously supported by local Ballarat surgeon Mr Mark Guirguis, this prestigious art prize is administered by the Federation University Australia (FedUni). As a local philanthropist and art collector, in developing the Prize, Mark Guirguis' aims were to celebrate the significance of the arts to communities and to Ballarat, emphasising contemporary art and 'living' culture, and to highlight the FedUni's Arts Academy.

The exhibition was presented at FedUni's Post Office Gallery and the Art Gallery of Ballarat from Sat 13 April until Sun 19 May 2013.

The winner of the 2013 Guirguis New Art Prize is Ash Keating for his work West Park Proposition, 2012.

West Park Proposition, 2012, is a three channel and screen video installation, utilising multiple camera video documentation of an endurance painting intervention undertaken on the morning of September 1, 2012 on the east facing wall of a newly built tilt-slab industrial building, situated on the direct edge of the current urban and rural boundary in Truganina, Victoria.

The multi-screen work documents an endurance guerilla-style action painting intervention and ritualised painting performance in which a symbolic violence is enacted against a storehouse of commodity production and consumption.

The inaugural judge for the Prize, Jason Smith, Director, Heide Museum of Modern Art (MoMA) said, "Selecting the winner of this inaugural GNAP was exhilarating and excruciating: exhilarating because the seriousness of each artist's enterprise, and their uncompromising resolution of concepts, has created an inaugural exhibition of exceptional power. This first GNAP is a survey of some of the most poetic and provocative imaginations working in Australia today. Selecting one winner from such a show in which each of these artists has in some way transformed my thinking about the world was the excruciating part.

Ash Keating's work West Park Proposition, 2012 kept drawing me back in the several hours I spent viewing the works. It simultaneously affirms the political and critical role of the artist as a key agent of change and action, and someone who reminds us of the beauty and resilience of humanity and nature in the face of unrelenting change. As a work combining performance, collaboration and hope, Keating's West Park Proposition is a work of immense and compelling poetry."