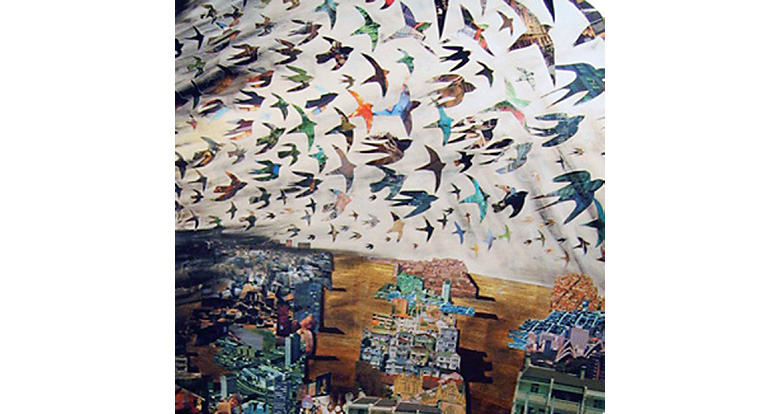 Over the last few years, Dan O’Donnell has investigated the concept of what he calls the “forever moving edge”: the ongoing nature of things and its effect on nature, people and the place we might occupy in the future. In a thematic representation of this idea, O’Donnell explores his vision of what life would be like if humans and human consumption was strongly contended with another species such as birds: symbolic of both nature and unrestricted freedom.

Strongly influenced by the work of the Greek/Italian artist, Giorgio De Chirico and his vast eerie silent spaces, here O'Donnell creates an unnerving underlying mood of unease, barely evident and easily misinterpreted, where violence feels as if it could happen in an instant but so gradual it might even escape our human psyche.