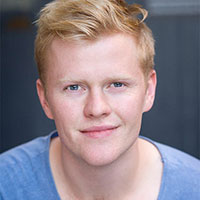 Lewis graduated from the Arts Academy in 2016 with a music theatre degree. In his final year, Lewis received an international scholarship leading to performances in Oslo, Norway, and New York City, USA, in 2016 and 2017 with the Musical Theatre Educators Alliance. Throughout his study, Lewis was frequently choreography assistant and dance captain, which enabled him to hone his dance skills. In 2017 he appeared in and choreographed No More Silence, a powerful piece of theatre that he hopes will create change and bring aid to those affected by institutional abuse.