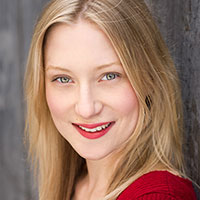 Hannah graduated from the Arts Academy with a Bachelor of Arts (Acting) in 2016. Since then, Hannah has built on her skills as an emerging actor and creative director. She was selected by acclaimed British Theatre Director, Mike Alfreds, and The 16th Street Actors Studio to train in an intensive masterclass in 2017. She has also been accepted into Girls Act Good, a Melbourne-based female acting ensemble, which had its first play, The Association, in July. Hannah has been inspired, humbled, challenged, and stretched by bringing No More Silence to life, and honours every courageous survivor who has let their story be told.