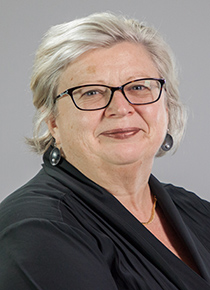 Jane Smith was the inaugural director of the Museum of Australian Democracy at Eureka (MADE). MADE is designed to be a museum of the future, using immersive and interactive content to bring history alive and be a catalyst for visitors to link the importance of the Eureka Stockade to contemporary issues. MADE won a 2015 Museums and Galleries National Award for Innovation.

Jane has over 25 years experience dealing with technology change, content generation and the changing behaviour of consumers. Jane's senior roles include being corporate strategist for the Australian Broadcasting Corporation, Chief Executive of the NSW Film and TV Office for nine years, Vice-President of Seed Australia – actor Hugh Jackman's production company.

Jane has held a number of board positions including the Australian Children's Television Foundation, Chair of the Mobile Premium Services Review and a Member of the national Classification Review Board. She is currently on the board of the Melbourne Writer's Festival.

Jane was also the inaugural Head of the Centre for Screenwriting at the Australian Film.TV and Radio School. She also did a major project with the Australian School of Business at the University of NSW.

In June 2018, Jane was awarded the Order of Australia, Member in the General Division (AM) for services to the broadcast media industry, particularly to film and television.