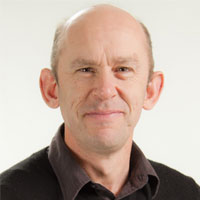 Jeremy Smith has a BA (Honours) from Monash University and a PhD from the University of Melbourne. After graduating from the undergraduate level with a double major in Sociology and Spanish, he completed postgraduate research on long-term processes of state formation and the development of capitalism in Europe. Jeremy has been teaching Sociology in the School of Arts and predecessors since 1996. Currently, he serves as Associate Dean Research (since October 2019). He has been Deputy Head of School (Learning and Teaching) from 2007-11, Associate Dean, Learning and Teaching from 2011-2014 in the Faculty of Education and Arts and Deputy Head of School between 2016 and 2018.

Jeremy is predominantly a historical sociologist and social theorist working across a variety of areas. Jeremy’s research expertise also extends into Clemente Education and Japan’s inter-civilizational engagement. Collaborative projects further extend Jeremy’s skillsets into other areas. His interests breaks down into two areas:

He has primarily researched the historical development of states, capitalism, cities, and inter-civilizational engagement in the Americas since 1492. More recent topics include politics, regions, and cities in the Americas. His research published in several journals: European Journal of Social Theory, Current Sociology, Critical Horizons, Journal of Intercultural Studies, Atlantic Studies and Political Power and Social Theory. He is the author of Europe and the Americas: State Formation, Capitalism and Civilizations in Atlantic Modernity (Brill, 2006) and Debating Civilizations: Interrogating Civilizational Analysis in a Global Age (Manchester University Press, 2017).

Matthew Box Terrorism and Border Security: the Moral Panic of the Twenty-first Century in Australia

Dinesha Fernando Human Rights For and By the People? Securing Economic, Social and Cultural Rights (ESCR) in a post-conflict/post-war situation

Viktor Jakupec Foreign Aid: Challenging the Neoliberal Agenda in a Populist Era with a focus on Political Economy Analysis

Matthew Thorley Beyond Limit Events: An Analysis of Civilisation and the Sea

Europe and the Americas: State Formation, Capitalism and Civilizations in Atlantic Modernity, with a preface by S N Eisenstadt, Leiden: Brill, 2006

Smith, Jeremy, "Contexts of Capitalism: from the 'unlimited extension of 'rational mastery' to Civilizational Varieties of Accumulation and Economic Imagination" in V. Karalis Cornelius Castoriadis and Radical Democracy. Leiden: Brill, 2014.

Smith, Jeremy ‘In and Out of Place: Civilizational Interaction and the Making of Australia in Oceania and Asia’ Comparative Civilizations Review, 80, 2019.

Smith, Jeremy ‘Grounds for Engagement: Dissonances and Overlaps at the Intersection of Contemporary Civilizations Analysis and Postcolonial Sociology’, Current Sociology, 63(4): 566-585, 2015.

Smith, Jeremy ‘Grounds for Engagement: Dissonances and Overlaps at the Intersection of Contemporary Civilizations Analysis and Postcolonial Sociology’, Current Sociology, 63(4): 566-585, 2015.

Smith, Jeremy 'Outside and against the Quincentenary: Modern Indigenous Representations at the time of the Colombian Celebrations' Atlantic Studies, 6:1 2009

Mills, Alice and Smith, Jeremy 'How to be Happy by Calling for Change: Constructs of Happiness and Meaningfulness Amongst Social Movement Activists.' The Qualitative Report Vol 13, No 3, September 2008: 432-455

Gervasoni, Ann, Smith Jeremy and Howard, Peter 'The Ballarat Clemente Program: A doorway to the treasures of humanities education for we "who struggle a little bit...to get us back out there into life, and, to see some sort of future." AARE International Education Research Conference, November 11-29 2010, Melbourne

Smith, Jeremy 'The Emergence of Sociology in an Interdisciplinary Context - Nothing but Success?', ISA World Congress, Yokohama, 2014.

Smith, Jeremy 'At the Interstices of Postcolonialism and Contemporary Civilizations Analysis',Paper to TASA (The Australian Sociological Association Conference), 25 - 28 November 2013