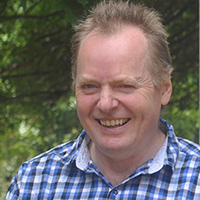 Associate Professor (Dr) Fred Cahir is an award-winning teacher and researcher.  His awards recognising his teaching achievements include:

Similarly, Fred’s research excellence has been recognised by winning many awards including the Australian Historical Association & Australian National University 2008 Alan Martin Award for his PhD Thesis 'Black Gold: the role of Aboriginal people on the Gold Fields of Victoria, 1850-1870'.

Fred has received many Commendation Awards by peak film and history/heritage organisations for his historical research such as Seeing the land from an Aboriginal canoe and ‘The Missing’. Several of his books have been shortlisted in major awards including the ‘2014 NSW Premier's History Awards’ for The Aboriginal Story of Burke and Wills (co-edited with Ian Clark) Fred was a co-Chief Investigator on an ARC Linkages project on this topic with the Royal Society Victoria.

Fred’s other book publications including Aboriginal Bio-Cultural Knowledge in Southeastern Australia: Colonist’s Perspectives co-written with Ian Clark and Phillip Clarke and published by CSIRO Press in May 2018 has received wide critical acclaim by academic reviewers and Aboriginal communities and was reprinted within the year.

Some of Fred’s funded research projects in 2020-21 include:

The role of Aboriginal Knowledge in the defence of Australia during World War 2 funded by a 2020 Australian Army History Unit Grant. This project will explore the Australian Army’s use of Aboriginal Knowledge (commonly referred to as bushcraft and incorporating Indigenous knowledge of food, medicine, signaling and tracking) as a strategic tool in their preparedness in the event of a land based invasion in World War 2.

‘Invisible People’ Aboriginal people in the 1850s – a Verbatim Theatre Production funded by a 2020-21 Federation University Cross School Research Group Research Grant in collaboration with Sovereign Hill  and Indigenous playwrights.  The ‘Invisible people’ play explores the profound impact of colonisation on Aboriginal people which will allow visitors to explore a new perspective of the Aboriginal experience of the gold-rush.

‘Reimagining the Australian Legend – the Aboriginal Story’ funded by a 2020-21 Federation University School of Arts Grant. This project will re-trace and re-explain the national mystique or the 'Australian legend' and shall illuminate how Aboriginal people have played a significant role in influencing what is commonly called the Australian Legend.

’Aboriginal Heroes of Fire, Flood and Food’. The project is funded by 2020-21 Telematics Trust.  This project will produce the first comprehensive digital map of Aboriginal heroism in Victoria documenting empirical examples from Victoria and south eastern Australia, in the period 1800-1930, specifically in relation to fire, flood and the search for food.

‘Dja Dja Wurrungs Goldfield History’.This project is funded by the Dja Dja Wurrung Clans Aboriginal Corporation. It will explore the many faceted roles of Dja Dja Wurrung people on the goldfields of central Victoria during the 19th century.

‘Bringing the Avenue of Honour to Life: the Lucas Girls and World War One Soldiers’ This project is funded by the Victoria Remembers Grant Program, Victorian Premiers Office.

Fred’s work often involves him working in Traditional Owner led research programs, in collaboration with a consortium of Universities from across Australia. His research focus is on exploring the valuable contribution that Aboriginal knowledge can provide to areas of highest priority such as the management of natural and cultural resources. His research engages with national debates about the role of Indigenous knowledge in heritage tourism, resource management, health and education.

Fred is a prolific researcher. In the past five years alone, he has published 38 peer reviewed publications including: 4 books, 16 book chapters and 18 journal articles. One of his two book publications in 2019 is My Country all gone. The White men have stolen it: The Invasion of Wadawurrung Country 1800-1870

My Country all gone is a ‘Shared History’ chronicling the invasion in the Ballarat and Geelong districts by the British colonists. This compelling trans-national history reveals how the Wadawurrung resisted the British encroaching on their Country - and actively sought cultural enrichment in the midst of frontier war.

Another recent project of Fred’s (2019) is ‘Ordinary People in Extraordinary Circumstance: The Australian War Graves Detachment, the Red Cross Volunteers, and the Crisis of the Missing’. This is a collaborative project between Fed Uni and Wind and Sky productions in partnership with the Australian Red Cross, the RSL and the Shrine of Remembrance.

One of the outcomes of this Victorian State Government funded project is the documentary film ‘The Missing’ which was a finalist in the Best Documentary – History category for the 2020 ATOM Awards and has been accepted for nomination in the 2021 Ogeechee International History Film Festival.

In addition to the documentary film Fred collaborated on a book Devoted labour for the lost, the unknown but not forgotten dead (2019) exploring the roles of the Australian War Graves Workers 1918-1922, which includes a chapter featuring biographies of four Aboriginal men who served their country as soldiers and then as War Graves Workers .

Fred’s ground-breaking work on Cultural Renewal Projects is his real passion. He works tirelessly alongside Aboriginal communities from across Australia on the revival and renewal of Aboriginal Knowledges. Some of his favourites include:

He also produces podcast recordings of his solo cycling journeys through Australia’s deserts. Check out his ‘Tanami Desert by solo bicycle trek’ audioscape

Fred is on the Editorial Board of ‘Provenance’, the journal of the Public Records Office of Victoria. He is a member (by appointment) of AIATSIS (Australian Institute of Aboriginal and Torres Strait Islander Studies), the peak body for Australian Indigenous research. Fred was a ‘University of Queensland Industry Research Fellow’ (2014) researching ‘Aboriginal people's roles on the Queensland Gold Fields’ and an ‘Australian Prime Ministers Centre Research Fellow’ (2014-15) examining the ‘relationships that Prime Ministers Alfred Deakin forged with Aboriginal people’

His research projects are of high national standards evidenced by his longstanding and ongoing role as an Australian Research Council (ARC) and Australian Awards for University Teaching (AAUT) detailed assessor in the Aboriginal Studies field of research.

His collaborative research projects focusing on Aboriginal bio-cultural knowledge are at the forefront of this emerging field of research. A prominent example of this is his appointment by the Gunditjmara Community as a member of the Academic Panel tasked with advancing global recognition of Budj Bim Aboriginal Landscape as a World Heritage Nomination. The Budj Bim Aboriginal Landscape is the first Australian site (2019) listed exclusively for its Aboriginal cultural value. Fred’s research is also highly regarded by many cultural and natural resource agencies and is a founding member of the Koala History and Sustainability Research Cluster (KHSRC)

The community impact of his research activities is evidenced by writers and the GLAMR (Galleries, Libraries & Museum Record keeping) sector organisations making extensive use of Fred’s Aboriginal history research expertise including:

Elissa Ashton Smith (PhD) The conservation and management of sandy beach ecosystems: exploring the divergence between policy, science and socio-cultural expectations for use and stewardship – Associate Supervisor

Richard Eldridge (MA) ‘The cultural interactions of Aborigines with Whales, Whalers and Whaling in southwest Victoria 1828-1850’

Peta Jeffries (PhD) ‘Becoming "Brave and Gallant": Decolonising the myths of Burke and Wills; Cross-cultural exchanges and the co-production of knowledge during the Victorian Exploring Expedition and the subsequent Relief Expeditions’

Graham Hannaford (PhD) – ‘A Good Sheep Run. Letters from New South Wales in Scottish newspapers between 1820 and 1850 with potential to influence decisions on emigration’

Clark, I.D & Cahir, F. (2016) The Children of the Port Phillip Protectorate: An Anthology of their Reminiscences and Contributions to Aboriginal Studies, Australian Scholarly Press: Melbourne.

Cahir, F. (2015), 'We had a good many visits from them': Aboriginal/Scottish shared performance spaces on the Victorian frontier'. In F. Cahir, A. Inglis, J. Jones-O'Neill, A. Beggs Sunter. (eds) Scots under the Southern Cross: Scottish perspectives of Australia, Ballarat Heritage Services: Ballarat.

Cahir, F. (2015),'The Songlines of the Scots in Australia: An Introduction'. In F. Cahir, A. Inglis, J. Jones-O'Neill, A. Beggs Sunter. (Eds) Scots under the Southern Cross: Scottish perspectives of Frontier Australia, Ballarat Heritage Services: Ballarat.

Cahir, F. (2013) "Devil been walk about tonight - not devil belonging to blackfellow, but white man devil. Methink Burke and Wills cry out tonight 'What for whitefellow not send horses and grub?'" - An examination of Aboriginal oral traditions of colonial explorers' in Clark, I. & Cahir, F. (eds.) Burke and Wills: The Aboriginal Story, 149-168, CSIRO: Melbourne. pp.149-168.

Clark, I., Cahir, F., Tout, D., Wilkie, B. & Jidah Clark (submitted, under review) ‘Aboriginal use of fire as a weapon in colonial Victoria – a preliminary analysis’.

McGinnis, G., Clark, I., Schlagloth, R. & Cahir, F. (submitted, under review) ‘How the Public and Media Influence the Value of the Koala and Australia’s Tourism Economy – A History’.

Burch, J., Clark, I. & Cahir, F. (2020) ‘Parish maps as a source of evidence of Aboriginal land use in the Mallee back country’ Provenance – Journal of the Public records Office of Victoria. Issue 18

Cahir, F & Tout, D. (2018) ‘All that appears possible now is to mitigate as much as possible the trials of their closing years.’ Alfred Deakin’s connections with Aboriginal Affairs’, Australian Journal of Politics and History. Vol. 64, no. 2, pp. 1-17

Cahir, F. & Clark, I. (2015) ''John and Jackey': An exploration of Aboriginal and Chinese people's associations on the Victorian goldfields' Journal of Australasian Mining History. Vol. 13, pp. 23-41.

Cahir, F. & Clark, I. (2013), 'The Historic Importance of the Dingo in Aboriginal Society in Victoria (Australia): A Reconsideration of the Archival Record', Anthrozoos: Journal of the International Society for Anthrozoology. 26 (2) pp.185-199.

Cahir, F. (2012) 'Slowly and peacefully he took us over the dead water of the little inlet we were in' - Seeing the land from an Aboriginal canoe.' Signals: Journal of the National Maritime Museum. Vol. 100, pp. 18-22.

Cahir, David (Fred) & Clark, Ian (2009). The case of Peter Mungett : Born out of the allegiance of the Queen, belonging to a sovereign and independent tribe of Ballan. Provenance : The Journal of Public Record Office Victoria. Vol. 8, p.15-34.

Cahir, F. (2020) ‘The role of Aboriginal Knowledge in the defence of Australia during World War 2’ Australian Army History Unit Grant

Cahir, F (2012) ‘Indigenous people on the goldfields for the Sovereign Hill Museums Association’, School of Education & Arts, University of Ballarat

2015 Victorian Community History Awards [Commendation]. Cahir, F. (2014) 'Murnong, much more than a food', Artefact: Journal of the Archaeological and Anthropological Society of Victoria.

2013 Australian OLT Awards for University Teaching, Citation for Outstanding Contributions to Student Learning: 'for designing imaginative and authentic learning experiences which empower Indigenous studies students to draw upon research and theory to underpin their philosophy and practice.'

2013 Victorian Community History Awards 'The Historic Importance of the Dingo in Aboriginal Society in Victoria (Australia): A Reconsideration of the Archival Record'. Anthrozoos Journal of the International Society for Anthrozoology