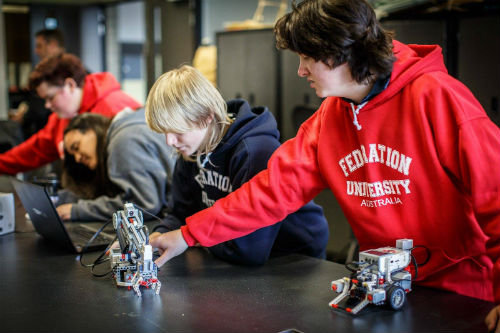 Federation College Youth Programs have been presented with a prestigious Innovative Schools 2017 Award by The Educator  magazine. The Educator's Awards recognise and showcase the Top 40 Australian schools demonstrating leadership in change and innovation. The Youth Programs have been named as one of 40 schools across Australia that are leading the way in preparing students for the challenges of tomorrow's world.

The Educator highlighted Federation College's P-TECH program, the hands-on, project-based program it runs for its VCAL students in partnership with IBM.

Further information can be found at The Educator website.

Release of major history book about film and television 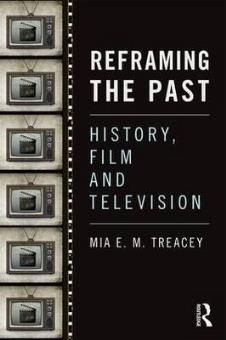 Dr Mia Treacey from Federation College has released a new book, Reframing the Past: History, Film and Television which traces what historians have written about film and television.

"Combining a narrative of historical research on film and television with a reconceptualisation of the field, the book will interest established scholars as well as new students to the field," Dr Treacey said.

The pioneering American historian in the field, Emeritus Professor Robert Rosenstone, has commented that: "Treacey not only provides a much-needed and fascinating account of how for more than a century historians and critics have thought about the problems and possibilities of history in the visual media, she also makes a brilliant argument in favour of pulling together and reconceptualising this sprawling, interdisciplinary area of study under the single title of Screened History". 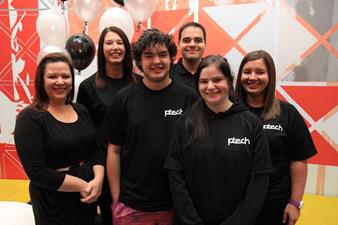 P-Tech is an innovative, public-private partnership that provides students with a clear pathway from high school to higher education to a career.

The first P-Tech school was designed in the United States by IBM in 2011. By September 2016, there will be more than 60 P-Tech schools across six US states involving nearly 100 other large and small companies in urban, rural and suburban communities, serving thousands of students.

Earlier this year, the Australia and Victorian Governments led the way to bring the first P-Tech schools outside the US to Australia.

Created with our industry partner IBM, the P-Tech curriculum is focused on science, technology, engineering and mathematics, and includes one-on-one industry mentoring, workplace visits, paid summer internships and first-in-line consideration for jobs. High school students who enrol in the program will have the opportunity to graduate with a secondary school and Advanced Diploma qualification in six years or less.

"Our students also will be able to develop workplace skills through project based learning and industry mentoring."

Shirley Fraser, Director of Federation College, said students will be able to undertake a range of industry-supported learning experiences that will extend the students' education beyond the class room.

"This will include hands-on activities alongside respected industry mentors. Students will have access to many worthwhile study and employment opportunities," Ms Fraser said.

"Research continues to show the immediate need for investment in STEM education. It is critical to driving an innovative workforce, growing our knowledge based-economy and our productivity," Mr Purcell said.

"We are committed to partnering with government and schools to adapt IBM's successful P-Tech model for Ballarat and Geelong – the first outside the United States – and deliver the skills of tomorrow's innovative workforce."

An Information Session for prospective P-Tech students and their parents will be held in Ballarat on Thursday, 10 December at 5:30PM. 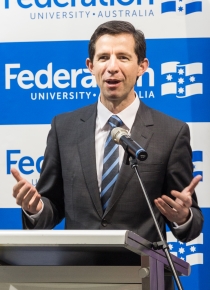 Federation University Australia has welcomed the announcement by the Federal Government that a P-Tech learning program will be launched at the University next year.

The P-Tech program was launched by the Federal Government's Assistant Minister for Employment and Training, Senator Simon Birmingham (pictured right). To be situated within the University's Federation College in central Ballarat, the P-TECH model is an innovative approach to education-industry collaboration.

"It also will assist students in developing workplace skills through project based learning and industry mentoring."

Shirley Fraser, Director of Federation College, said the P-Tech learning program at Federation College would be a partnership with IBM Australia and was designed to suit our local students, as well as our local education, industry and community partners.

"Commencing in 2016, our P-Tech students will take part in an exciting range of industry-supported learning experiences that will extend the students' education beyond the class room," Ms Fraser said.

"This will include opportunities to engage in hands-on, project-based activities alongside respected industry mentors.

"The program will build students' interest and knowledge in science, technology, engineering and mathematics and improve their access to many worthwhile study and employment opportunities.

"We also are very appreciative that IBM Australia will join us in this exciting development."

The University is very proud of its long standing relationship with IBM.

"We thank the Australian and Victorian Government for their leadership in launching the P-Tech program in Australia," Kerry Purcell, Managing Director, IBM Australia and New Zealand, said.

"We are delighted to support the program at Federation College in Ballarat and look forward to working with governments and education leaders on this innovative partnership.

"Most importantly, P-Tech will help address the pressing issue of preparing today's students with the strong academic and practical skills they will need to step into tomorrow's jobs and create a robust and growing knowledge economy here in Australia."

The University will release further details about the P-Tech program and student eligibility in the lead-up to the 2016 launch.