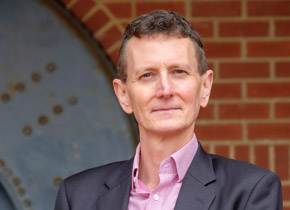 Federation University has moved into the top 601-800 universities in the world in the annual rankings, released this week.

This marks a significant improvement on the university’s previous ranking in the 801-1000 bracket, and reflects improvements in teaching, research, knowledge transfer and international outlook.

With campuses in Ballarat, Berwick, Brisbane, Gippsland and the Wimmera, Federation’s world ranking is recognition of the role the university plays in driving economic growth and jobs in its regions through industry and government partnerships.

It also reflects Federation’s high-quality teaching and learning, the quality of its research publications and strong international connections.

While Federation has a history dating back over 150 years through its predecessor institutions, it has only been known as Federation University Australia since an amalgamation between the former University of Ballarat and Monash University’s Gippsland campus in 2014.

The university is also ranked in the top 51-100 universities in the world for Sports and Exercise Science by the Academic Ranking of World Universities.

“While we’ve only been known as Federation University for seven years, our reputation for high-quality teaching, research, industry partnerships and connection to the international community is growing.”

“This world university ranking reflects the hard work of our staff and students, and our focus on making a difference in communities in our campus regions and around the world.”