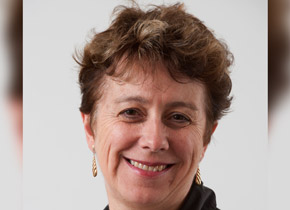 Professor Erica Smith from Federation University Australia’s School of Education has been selected for membership of the Consortium Advisory Group for the Longitudinal Study of Australian Children (LSAC) ‘Growing up in Australia’.

The LSAC survey has been following two representative cohorts of Australian children and their families since 2004. At that time, the children in the two cohorts were aged 4-5 and 0-1.

The two groups of children and their families have been interviewed every two years, with around 4000 children in each cohort, providing a rich source of data about growing up in Australia, covering every aspect of their lives.

A consortium of the Commonwealth Department of Social Services, the Australian Bureau of Statistics, and the Australian Institute of Family Studies manages the surveys, which employ teams of hundreds of interviewers.

The results are presented in annual reports on each phase, and in ABC Television documentaries.

A multi-disciplinary team of academic and other experts forms the Consortium Advisory Group which provides advice on the development of each wave of the survey and helps to interpret the results.

As the children have now left school or are approaching that age, new members for the group were sought to reflect the new experiences that the children are facing as young people.

Professor Smith said she was delighted and honoured to be selected for the group.

“I hope to be able to make a contribution using my research experience in the transition from school to work and further study, in the youth labour market, and in apprenticeships and traineeships,” Professor Smith said.

“This ongoing study is a really important contribution to our understanding of the lived experience of young people and their families, and I look forward to my involvement.

“Work on designing the ninth wave of interviews will commence soon.”

Information on ‘Growing up in Australia’ is available at https://growingupinaustralia.gov.au/