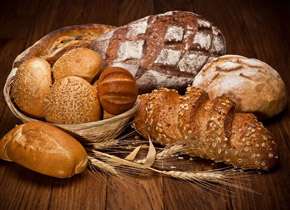 Federation University Australia graduate Alex Slinger has been nominated to be the Victorian candidate for the LA Judge Award, the most prestigious award for apprentice bakers in Australia and New Zealand.

Alex was nominated for the award by his FedUni trainer, Dean Baker. He then was selected by the Bakery Training Network and the Baking Association of Australia (Victorian Branch).

In its fiftieth year, the competition was held over three days in Sydney at the Australian Export Grains Innovation Centre.

“The competition included baking a range of breads, trade calculations, diagnosing and responding to bread faults, speeches, presentations and the use of speciality equipment,” Barry Wright, Executive Director of FedUni TAFE, said.

“Of the four competitors, Alex performed well and received the First Runners Up Award, which included an all-expenses paid trip to Hong Kong to attend a Customer Innovation Seminar held by major sponsor, Puratos, the ingredients supplier.”

Alex commenced his apprenticeship in 2012 with Bakers Delight in Cranbourne, studying a Certificate III in Retail Baking (Bread) in 2012 with FedUni’s Terry Holdsworth as his trainer.

Terry introduced Alex to his first competition held at GOTAFE in Shepparton in September 2013 for WorldSkills.

Alex was selected to represent the Ballarat/Wimmera Region at the National WorldSkills competition in Perth in 2014. He also competed in the Baking Association of Australia’s Excellence in Baking held at William Angliss Institute.

On completion of his baking apprenticeship Alex commenced study in the Certificate III in Retail Baking (Combined).

In March 2015, Alex commenced working at Pane Difiore Bakery Café at Narre Warren, completing his study at FedUni in May last year.

During his time Alex mastered pastries, cakes, cookies and decorating cakes. He put his skills to the test again by entering in the 2015 regional WorldSkills for Ballarat/Wimmera competition at Shepparton.

Again Alex did extremely well and was selected to represent the region at the National WorldSkills competition in Melbourne last year.

Through his competition work with WorldSkills, Alex won a $8000 scholarship to the United Kingdom for a month to study the art of baking with industry experts.

“Next on Alex’s list is to continue to learn as much as possible and has opportunities coming up in judging at the 2017 regional WorldSkills competition.

“Alex thanks everyone who has helped him on his journey so far and for their continued support.”

Those who have assisted Alex include: