About the Heads of Campus

Federation University has a Head of Campus at each of its main campuses. The Heads of Campus have broad oversight of campus operations and key civic engagement activities. They liaise with community groups, industries, local government, students and staff to achieve optimal outcomes within their communities of interest.

View further information about our campuses. 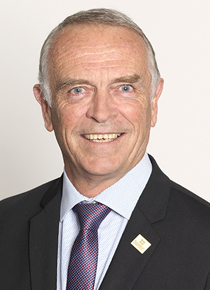 Sam’s early career started in the construction industry in Weipa, Far North Queensland, before spending a period in China during 1979-80 where he was part of a team assisting Chinese construction companies with new building technologies.

On his return to Victoria, Sam worked for a London based commodity trading house and gained significant international business experience in Japan, Korea, Europe, UK and Scandinavia over an eight year period.

This was followed by a number of years of consumer-based marketing experience as Account Director in a small Melbourne advertising and promotions agency, 'The Marketing Pool'.

Upon completing an MBA at Monash in the early 1990s Sam took up an academic position at Central Queensland University as a lecturer in marketing, and four years later moved to Ballarat with his young family.

In his current role as Head of Campus (Ballarat), Sam leads many of the civic engagement activities at Federation, searching for reciprocal, shared value outcomes for the University and its communities of interest.

On the research front, his PhD explored high-growth small firms in regions, and he maintains research interests in small-to-medium enterprises (SMEs), sustainable regional development, community engagement, and creativity and innovation.

Sections within the Head of Campus (Ballarat)

The Head of Campus (Ballarat) oversees:

Support staff to the Head of Campus (Ballarat) 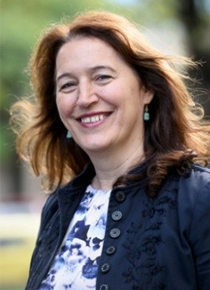 As Head of Campus (Berwick), Kathy has responsibilities for campus operations and strategic development. She represents the university in the region and engages with key stakeholders to further strengthen and develop education opportunities, research innovation, and employment for the region.

Support staff to the Head of Campus (Berwick)

Professor James Roffee was appointed the role of Head of Campus (Brisbane) and commenced on 13 September 2021.

James was previously Dean, Global Education at Swinburne University of Technology where he led a multidisciplinary team of professional and academic staff providing oversight and education delivery with partners in Sydney, China, Malaysia, Sri Lanka and Vietnam. In his role as Dean International with the Faculty of Business and Law, James led the faculty’s international strategy and operations supporting delivery of transnational education programs, overseeing the development of new innovative postgraduate programs and student mobility programs and worked closely with the international recruitment team to grow student enrolments. James is well versed in designing bespoke programs for industry partners and in 2019, initiated a new flagship partnership with the Institute of Managers and Leaders.

James earned his PhD in Law and began his academic career at the University of Leicester and De Montfort University before moving to Australia to join Monash. In 2017 James received the Monash University Vice-Chancellor's Award for Teaching Excellence. He was Chair of the School Education Committee for the School of Social Sciences, a member of the Academic Board and Foundation Director of the Bachelor of Criminology. His research received the 2017 Emerald Literati Network Awards for Outstanding Paper for Safer Communities. James is a graduate of the Australian Institute of Company Directors and in 2017, James was appointed to the Victorian Government’s LGBTIQ+ Taskforce Justice Working Group, advising the Minister for Equality, the Attorney-General and Department of Justice and Community Safety on issues relating to civil and criminal law, youth justice, safer communities, policing and corrections.

Support staff to the Head of Campus (Brisbane) 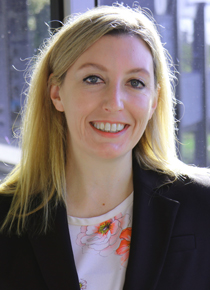 Following her completion of secondary education, she then moved to Melbourne to complete a Bachelor of Commerce Economics (Hons) from Monash University before starting work with Deloitte Touche Tohmatsu.

As an executive with nearly 20 years of international leadership experience, spanning five continents, she is acknowledged for her proficiency in strategy, research and planning in banking, consulting, communications, research and analytics.

In March 2019, Leigh joined Federation University from Regional Development Victoria, where she served as the Gippsland Regional Director for approximately four years.

As Head of Campus (Gippsland), Leigh is responsible for facilitating the integration and engagement of the campus in the wider university operations and in the local, regional context. She represents the university locally and engages collaboratively with local community, industry and government leaders to advance the engagement strategy for the Gippsland Campus and to optimise the campus’ development and contribution to the region.

Leigh is passionate about the region and being able to work to optimise the campus’ development and contribution to the region.

Support staff to the Head of Campus (Gippsland)