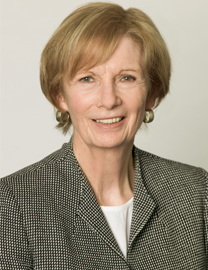 Professor Stephanie Fryer-Smith is the Director, Governance, Legal and Risk, and Secretary to the Council of Federation University Australia.

Professor Fryer-Smith holds both bachelor and master degrees in Law from the University of Western Australia. She was admitted to the Supreme Court of Western Australia as a barrister and solicitor and accredited by LEADR as a mediator. She has worked in private legal practice, as a Registrar and Native Title Coordinator at the Federal Court of Australia in Perth and for six years was Registrar and Chief Executive of the National Native Title Tribunal.